Latest update on Omanyala's flight to US ahead of tomorrow's race at 4:50am

Currently, the 26-year-old has several hours in Doha before he leaves for the US.

As per the itinerary, he will transfer to his next flight, a Boeing 777-300ER into Seattle, a flight of 14 hours and 35 minutes.

From Seattle, he will fly a D8-400 for one hour and seven minutes to Eugene.

Hopefully, the Kenyan embassy in the US has liaised with protocol/ immigration officials locally to offer expedient and seamless transfer- including a scramble to the venue and clear with accreditation and covid 19 protocols.

It’s a race against time for the African champion as he gears up for an epic battle in the men’s 100m showdown at the World Championships in Eugene, Oregon with the heats set for tomorrow at 4:50am.

He left Jomo Kenyatta International Airport at 6pm via Qatar Airlines to Doha and is expected to arrive in Oregon two hours 40 minutes before he lines up in men’s 100m heats.

It’s like sprinting from Nairobi to Oregon, quite literally, for the crucial round one 100m battle.

The 26-year-old believes he can still make it to Eugene in time for the men’s 100m heats.

Omanyala, who set the African men’s 100m record after clocking a time of 9.77 seconds at the Kip Keino Classic meeting in Nairobi in September 2021, has been tipped as a medal prospect in Oregon.

For three days, Omanyala and five other team officials have been held up in Nairobi with the hope of getting the travel document.

Athletics Kenya officials had expected the situation would be resolved on Tuesday to enable the athletes to travel on Wednesday.

Not only is Omanyala Africa’s fastest man, but he is also the inspiration for a new wave of sprinters in Kenya.

It has been the norm that USA, Jamaica and the Caribbean region provide talking points in every Olympic year or World Athletics Championships season for sprint races.

But the script is different this time around thanks to Omanyala, the Africa 100m champion and continental record holder over the distance. 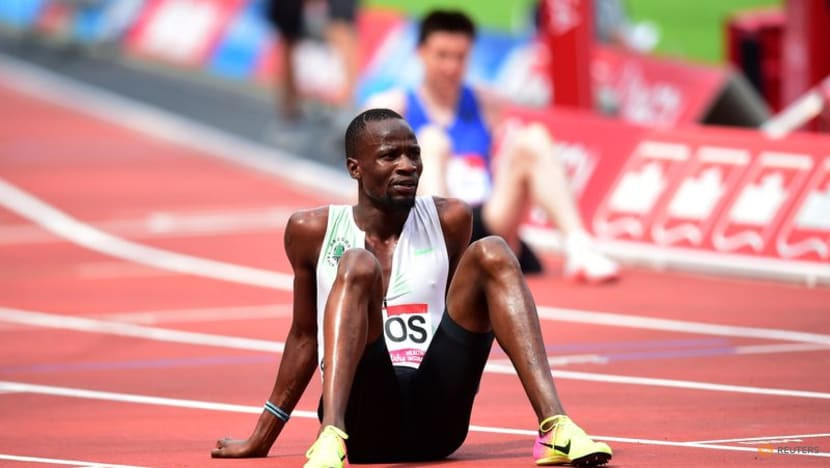