Kenya’s five defending champions will line up at the 18th World Athletics Championships that start at Hayward Field inside University of Oregon in Eugene, USA, on Friday.

Here, Standard Sports takes a look at the stars, who seem to not in their top form. Obiri will compete in 10,000m.

Timothy Cheruiyot, the 2019 winner at the World Championships in Doha and second at the national trials, will marshal forces with Abel Kipsang, who holds the fastest time (3:31.01) set at the Kip Keino Classic meet in Nairobi this season. He will defend his 1,500m.

Not bad for a man who rose from a rural boy at Kibungot Village in Bomet to world’s 1500m stardom –what with the instant promotion at the Kenya Prisons Service.

The marathoner is the fastest in the Oregon 2022 marathon field and she will, on Monday be launching her quest for a second title – another gold medal on her wall cabinet.

In March this year, Chepng’etich posted the second-fastest ever women-only marathon time at the Nagoya Women’s Marathon in Japan - World Athletics Elite Platinum Label where she clinched the title in. She ran a 2:17:18 course record.

Chepng’etich sent a strong message to the world last season. She demonstrated that she was worth a world champion after winning Chicago marathon and setting a new 21km world record at the Istanbul half marathon. She placed third at the London Marathon last October.

She is a two-time world champion (back-to-back) and she is going to Eugene, Oregon for a third gold medal.

Obiri flew the country’s flag at the 2017 and 2019 World Championships in London, UK and Doha, Qatar respectively and delivered historic victories. She out-kicked Almaz Ayana and Sifan Hassan in London and compatriot Margaret Chelimo (silver) and Konstanze Klosterhalfen of Germany (bronze) in Doha over 5,000m.

From late last year, the Kenyan queen of 5000m displayed stellar performances on the roads, winning this year’s edition of Istanbul half marathon and placing second at the Ras Al Khaimah 21km.

Obiri had represented the country in both 5000m and 10,000m events at the 2020 Tokyo Olympic in Japan last year where brought home a silver medal (in 5000m), finishing behind Sifan Hassan of the Netherlands. She finished fourth in 10,000m final.

She is taking to Oregon 2022, an impressive 5000m CV, but she has to contend with a number of stars from Ethiopia and other countries as she chases the 10,000m title. Ethiopians Ejgayehu Taye and Letesnbet Gidey will also be seeking world titles

She will be carrying Kenya’s hopes of a title in the steeplechase.

Chepkoech will be teaming with decorated compatriots in defence of the world title and maybe, a clean medal sweep. 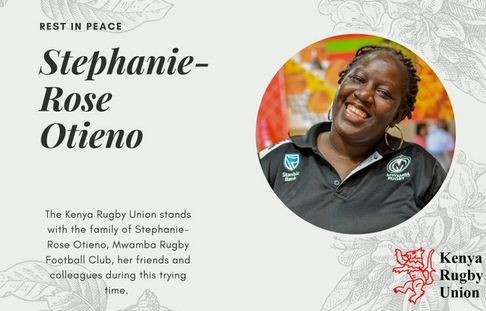