Ronnie Gundo was the undisputed man of the match anchoring last season’s semi-finalists to victory with 20 points.

A good start to the game saw Blades win the game in the first quarter as they took a commanding 22-4 lead.

KCAU bounced back in the second quarter as the two played to a 19-19 score with Blades maintaining their 18 points lead at the breather with the score at 41-23.

KCAU dominated the second half with their best show being the final quarter that saw them score 27 points against Blades' 13 but it was a little too late for them to salvage the game as they lost, dimming their chances of qualifying for the last eight.

In the women’s Premier League, Tangit Sparks enhanced their chances of sealing a play-offs slot with a hard-fought 65-58 victory against Zetech University.

Tangit’s victory did not come easy as they were stretched into the extra period by the resilient students who were chasing their 14th win of the season.

Despite losing, the students maintained their third place with 34 points. Celia Okumu sunk a match high 19 with Michelle Otinda adding 14 to spur Tangit to their 11th victory and earning them an overnight move to seventh place.

Tangit, formerly known as Masaku Sparks survived relegation last season and will hope that University of Nairobi (UON) Dynamites who they pushed to eighth place lose to demoted Western Delight today in Kakamega.

The first quarter was dull with both sides struggling to settle in and take charge of the game.

Tangit had taken a 7-4 lead in the first quarter. 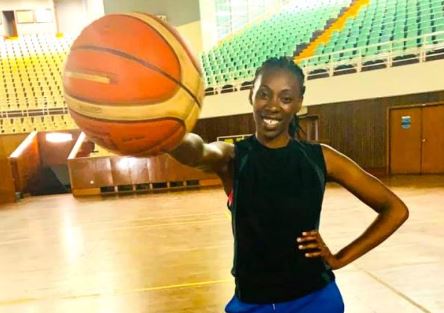