Victor Wanyama’s Tottenham shocked the world on Wednesday night after producing the second English Champions League "miracle" within 24 hours to set up a final against Jurgen Klopp's Liverpool.

Lucas Moura's stunning hat trick took Spurs to the final for the first time in their history and sealed an incredible 3-2 win over Ajax in Netherlands.

“Yeees captain, see you in Madrid,” Origi posted the message on his Instagram story. 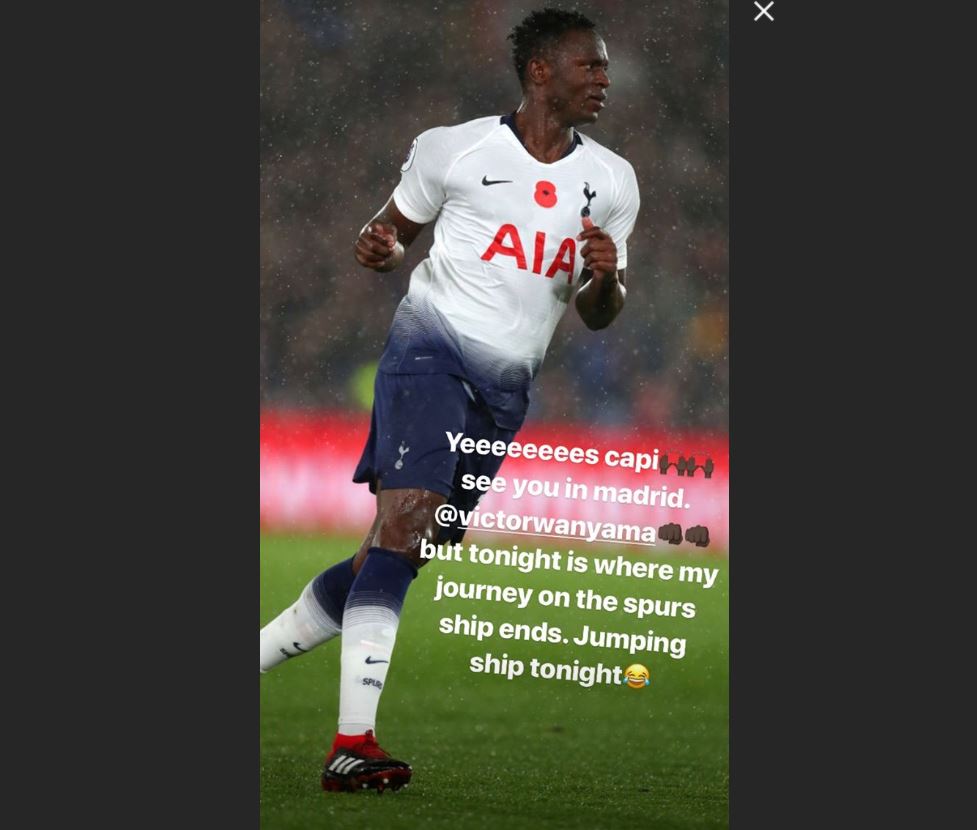 An injured but elated Wanyama stormed the pitch after the electrifying match and jubilated with his colleagues and Mauricio Pochettino.

It will be an all-English final against fellow comeback kings Liverpool at the Estadio Wanda Metropolitano in Madrid on June 1 for Mauricio Pochettino's never-say-die team.

Key facts according to Opta

- Spurs are only the second team in Champions League history to lose the first leg of the semi-final at home and progress to the final – the other was Ajax in 1995-96 against Panathinaikos.

- Two of the six occasions in Champions League history of a side losing the first leg of the semi-final and progressing have been Liverpool and Spurs this season.

- English teams have come from two or more goals behind to win on seven occasions in Champions League history – four more than clubs of any other nation. Indeed, four of the last five occasions have been English teams.

- Spurs will be the eighth different English team to feature in a European Cup/Champions League final, after Arsenal, Aston Villa, Chelsea, Leeds United, Liverpool, Manchester United and Nottingham Forest; England have had more different teams in the final of the competition than any other nation.

- Ajax’s Dusan Tadic has been involved in 55 goals in 54 appearances in all competitions this season (34 goals, 21 assists).

- Spurs were the first team to come two goals behind to win in a Champions League semi-final since Manchester United in 1999 against Juventus.

- Ajax have won none of their last eight home Champions League knockout matches (W0 D4 L4), a run stretching back to 1996.

- Spurs’ Lucas Moura is only the fifth player to score a Champions League semi-final hat-trick, and first since Cristiano Ronaldo in May 2017 for Real Madrid against Atletico Madrid.