Schools made it even worse as a form of punishment by sending naughty students to the shamba to dig. Farming was seen as a venture for elderly people.

But thanks to technology and youth-driven campaigns, the generation Y is slowly embracing agriculture. One such campaign is Farming is Cool that is tailored to make the venture look cool and rewarding. Amiran Kenya, an agribusiness firm, launched the campaign in 2010 at the Nairobi International Trade Fair.

The brain child of the project Gilad Millo, current Group Head of Business Development and Public Relations for Balton CP says it was launched to entice Kenyan youth into agribusiness.

"When we started the project, no one could foresee the impact this creative initiative would have on such a large number of youths. At that time, many young people had a negative attitude towards agriculture," Millo says.

Counties out to lease factories as clients keep off pond fish

To add that X-factor to the campaign, Amiran brought on board singer Julius Owino aka Juliani who has a massive youthful following, to act as the project ambassador.

"Many young people look up to Juliani because of his swag and cool nature which reflects in his music. By having him on board in our campaigns we have managed to make farming look cool," he says.

Millo goes on: "Juliani is known as the conscience of the street and he is more connected to the issues troubling Kenyan youth than almost anyone I've met."

Using Juliani's influence, the campaign has made Kenyan youths take a closer look at agribusiness.

"Juliani challenged youth to take a pro-active role in uplifting themselves from poverty and idleness. Youth have taken up loans, technologies and knowledge availed to them by Amiran and partners such as Kenya Red Cross Society, and Youth Enterprise Development Fund. Thanks to this campaign, youths are more aware of opportunities in modern agribusiness than anywhere else in Africa".

The impact has been tremendous and, clearly Kenyan youths have a more focused view of agribusiness.

The ever energetic Juliani is passionate about the project as he is about his music.

"Through 'Farming is Cool' we have empowered many youths, on the ground and through social media," the dreadlocked star says.

"Wherever I go, young people are always asking me about drip irrigation, greenhouse farming and financing because they want to start their own agri-businesses. And, the fact that they are interested is proof that we have had an impact, but there is still information gap that needs to be filled."

Juliani says his experience as the face of the youthful farmer has been enthralling and rewarding.

Juliani recalls, "A few days after my appointment as Amiran's Ambassador, we drove to the Agriculture Training Centre in Garissa for a full day of free training on modern agricultural technologies and practices for Garissa youth. The group was so excited to be given this opportunity and they kept asking questions about seeds, fertilisers, and the irrigation technology."

He continues, "They were eager to learn and improve themselves. I realised l had made the right choice to commit myself to this important mission."

To demonstrate his commitment to the mission of winning youth to farming, Juliani himself had undergone training at Amiran and had been certified to operate various technologies and implement the best agricultural practices. After training, he actively participated in the training of youths.

"Though Juliani had been trained on our methods and technologies before we announced his Ambassadorship, he never missed an opportunity to learn more. In every county we went to, he would sit in on the theoretical part of the training and then take an active part in the practical session in the field or in the greenhouse," recalls Gilad.

In 2013, Amiran engaged large numbers of university students through the 'Farming is Cool' internship competitions and a successful 'Next Generation Farmers Initiative' that brought Amiran's unique approach to sustainable agribusiness.

Juliani took the approach of leading by example to the six Kenyan counties chosen for the next evolution of the 'Farming is Cool' initiative - the 'Juliani Farming is Cool Concert Tour.'

By combining agribusiness with music, the artist led Amiran and its partners on a country wide tour that visited Eldoret, Machakos, Mombasa, Kisumu, Nakuru and Nairobi engaging thousands of youths along the way.

As part of the concert tour Juliani, met with several governors and encouraged them to place youth in agribusiness at the top of their list of priorities.

In addition, the group visited schools that had received Amiran's technologies from the Kenya Red Cross Society as part of the 'Next Generation Farmers Initiative' and awarded best performing schools with prizes. Today, the initiative involves over 1,000 schools and 300 youth polytechnics.

Youth empowerment through agribusiness seminars were held in each county, engaging hundreds of youth at a time with information on technologies and financing available to them coupled with a conversation with the artist himself.

"I asked them to take a close look at their lives and be aware of the fact that there are serious players like Amiran, Red Cross and Youth Fund, who want to help empower them with the knowledge and skills to make money and support their families. Many listened and applied for loans as groups and as individuals," says Juliani, adding that they have demystified agribusiness for many youths and change some negative notions on farming.

Gilad says the passion to empower youth has continued to guide the initiative. He explains, "Youth are energetic, passionate, ambitious and they are entrepreneurs."

He says if Africa is to achieve food security and sustainable economic growth, youths should be regarded and respected as critical and relevant players, who potentially hold the key to taking Africa to new heights.

"Kenyan youths today talk openly about agribusiness, they are interested in modern technologies, they hold conversations and run businesses online, buying and selling in all areas of the sector, this did not exist five years ago and 'Farming is Cool' and Juliani have played a big part in this achievement," adds Gilad.

The #FarmingisCool has now become popular beyond Kenya and is used by NGOs, donors, governments and farmers throughout Africa, but it was born in Kenya.

The Italian coastguard said it had coordinated the rescue of more than 3,300 migrants sailing across the Mediterranean Sea on Friday, but also found 17 corpses on several of the rickety boats, AFP reports. 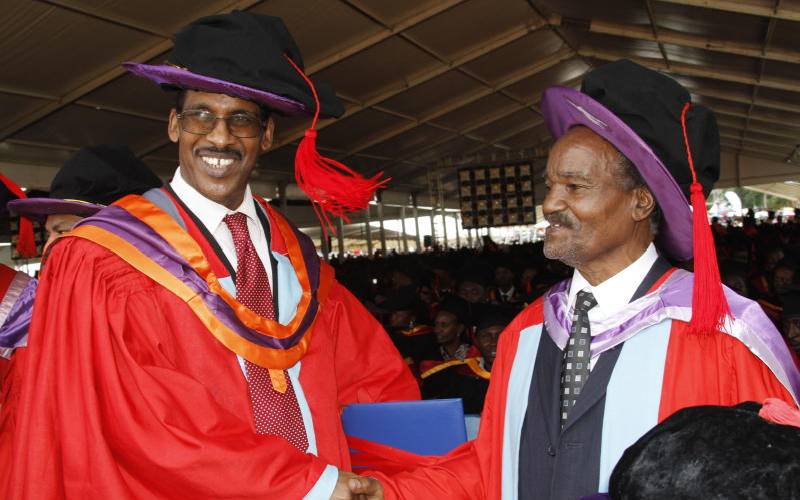 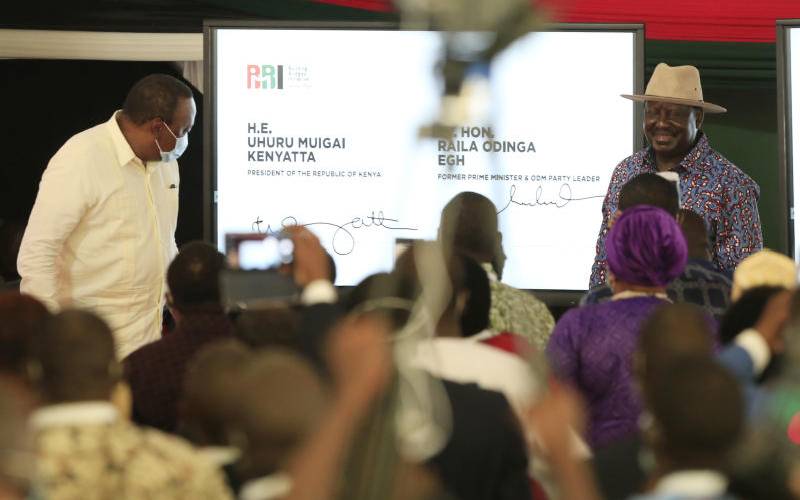 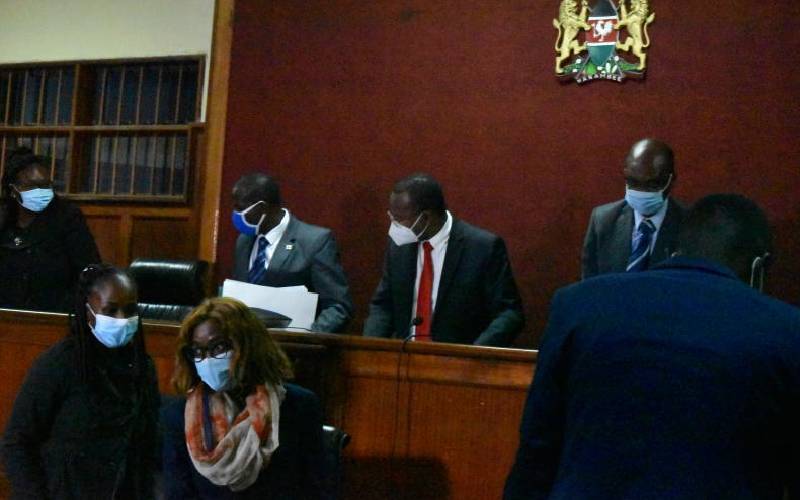 By Kamotho Waiganjo | 1 hour ago 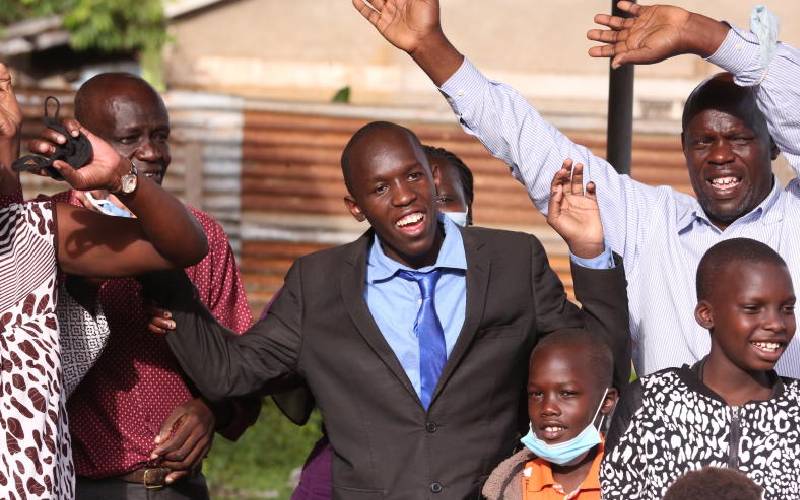 By Margaret Waithaka | 2 hours ago

Are grades the sole determinant for success in life?
Feedback