The message with the word ‘test!’ came from shortcode 44444. It was immediately followed by an apology from Safaricom asking subscribers to ignore the text.

“Dear Customer, Safaricom would like to sincerely apologise for earlier sending you a test message in error. Kindly ignore it,” read the apology.

Raila Odinga Junior on receiving the SMS posted a message on his Twitter account at 8.15 PM seeking answers from his followers on the weird number 44444 sending out a text. From the response, it was evident that his followers also received a similar message followed by an apology. 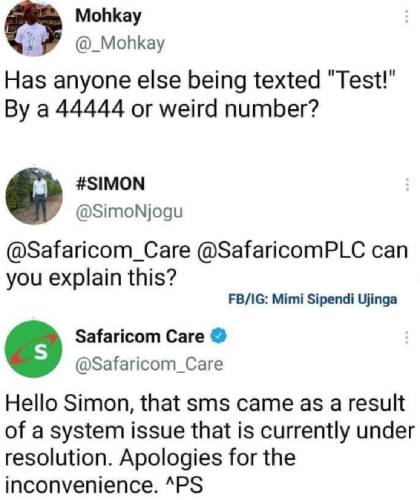 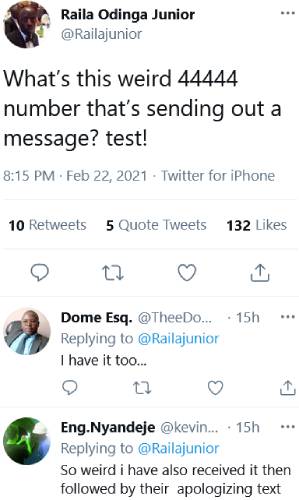 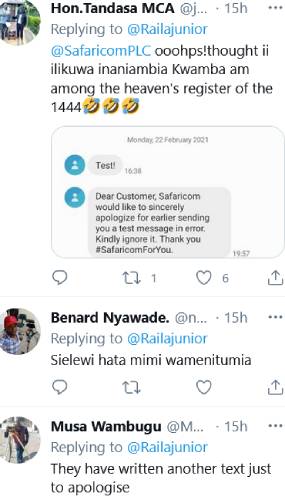