Japan seeking victory over Samoa in bid for quarter-final spot 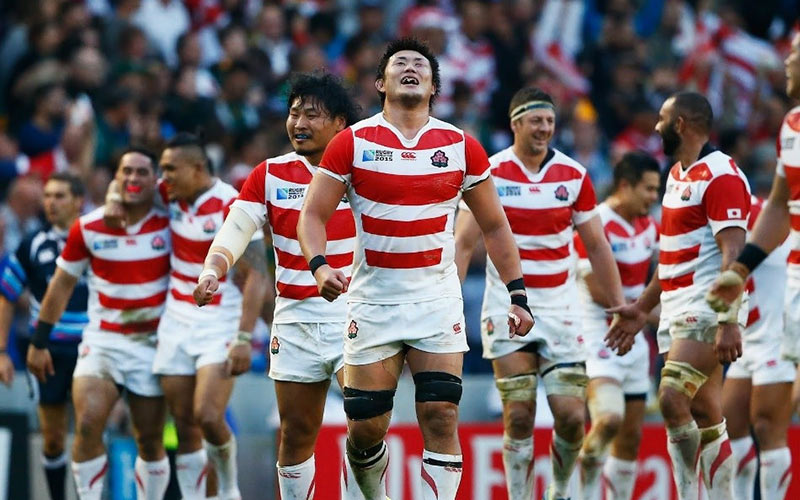 Tokyo, Japan: After their momentous victory over Ireland, Rugby World Cup hosts Japan are hoping to take the next step towards their first quarter-finals appearance with victory over Samoa on Saturday in Toyota City.

Japan beat Ireland 19-12 in a match head coach Jamie Joseph said his team had been preparing for three years. While the side may not have been eyeing up their Samoa game for as long, that doesn't mean they will come underprepared.

"We're focusing on what we want to do and what we want to achieve on the weekend, and hopefully we can force the other team to play in a different way," said Pieter Labuschagne, the stand-in skipper against Ireland.

"We knew straight away what we were up against, who we were going to face, and that's all part of being prepared," Labuschagne said of the different challenges each Pool A opponent presents.

The Samoan pack is one of the heaviest at the tournament, and Japan know that fronting up in the scrum will be key to giving their dynamic backs the chance to cause problems.

"They are really big and strong, so we are getting ready to push with eight of us together," said Japanese prop Jiwoon Koo.

"We are concentrating on our scrum."

With Pool A so finely poised - Japan on nine points, three ahead of Ireland and four ahead of both Scotland and Samoa – bonus points could be key.

But the Japanese are focusing on the win above all else.

"We've got the abilities to score tries, so first we'll concentrate on winning games and then we'll go for it if things are going well," said winger Kotaro Matsushima, who scored a hat-trick against Russia in the opening match.

"Samoa are still a strong team even though they lost without scoring against Scotland, so we don't want to make mistakes."