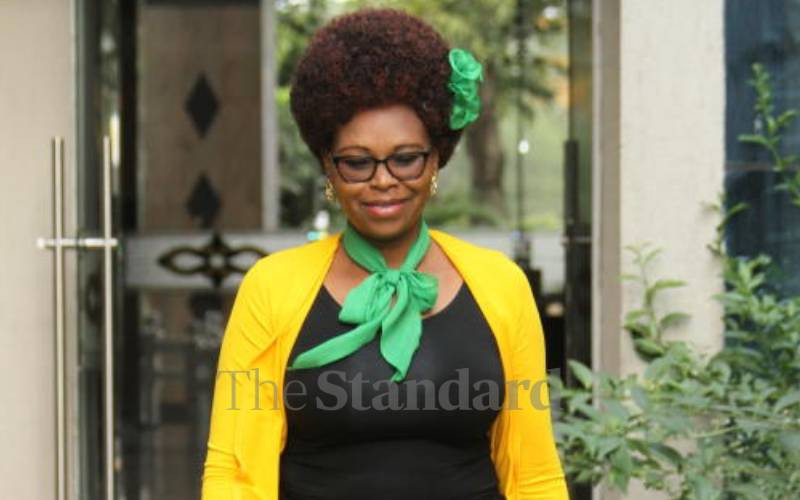 The gazettement of Beatrice Kemei (pictured) as Kericho woman representative sparked impromptu celebrations across the county.

Two members of the county assembly were also declared duly elected. Julius Kimutai of Ravine ward in Baringo County (UDA) and Issa Aden Abdi of Ladera ward in Garissa ward, who was elected through the National Agenda Party.

Kemei described her win as God’s favour and a victory for Kericho Women and other residents.

“I now bear on my shoulder the responsibility of delivering my manifesto. I promise Kericho residents that I will not let them down. I can’t thank them enough,” she said.

The former high school teacher’s win gives her the distinction of being the first elected woman in the 13th Parliament.

She said her victory was an indication that UDA will carry the day in the General Election, paving way for the Deputy President William Ruto to take over the reins of power.

“UDA an affiliate of Kenya Kwanza has signalled that it’s the most favourite party since besides myself, UDA also has scored a Member of County Assembly from Baringo County,” said Kemei.

Kemei’s party caravan began at her residence in Kakibei village in Soin/Sigowet constituency and sneaked its way through various centres in the area with the show stopper held at Kiptere trading centre.

Grace Rotich, a brick maker from the marginalized Kapkesiro village, could not hide her joy over the early victory of her favourite politician.

“I have supported her since the 2017 General Election, when she first came to the limelight. I am happy that she has finally taken the seat,” Rotich said.

She added that her support for Kemei stems from the fact she honours fundraising invites and other social engagements.

“When she was the director of the Rural Electrification Programme, she assisted us to get electricity connection. We voted for her based on her development period. Now that she has landed the Woman Representative position, we believe she will perform,” she said.

It wasn’t only women who were elated by the news but men too.

Kibet Rotich, an unemployed Communication Science graduate from Mt Kenya University, said he was happy with the victory since Kemei bears the aspirations of the youths.

“During the campaigns, the women representative had pledged that she will partner with international organizations to support sports and culture and tap talents. We expect that will now come true,” he said.

No other political party fielded a candidate nor was there any candidate interested to try their luck as an independent candidate.

Kemei’s first attempt into politics was in the 2017 General Election.

By Andrew Kipkemboi 1 hr ago
Premium To move Kenya forward, Ruto should uproot the old order