By Lucas Ngasike | 6mos ago

Petroleum and Mining Cabinet Secretary John Munyes has declared his interest in the Turkana Governor’s seat, with a promise to liberate the local community from abject poverty.

Addressing Jubilee Party aspirants at Kalotum in Turkana Central sub-County, Mr Munyes also vowed to drum up support for ODM party leader Raila Odinga’s presidential bid under the Azimio la Umoja movement. The CS, who also received more than 150 defectors from ODM, Wiper and UDA parties, said time had come for the Turkana people to get new leadership after decades of untold suffering.

“Together with other Turkana Jubilee leaders in Azimio, we held a consultative forum with an aim of strengthening our bond. We are consulting with like-minded parties in the Azimio movement towards forming a formidable force that will clinch victory in the forthcoming General Election,” Munyes said.

He said Turkana people were ready to vote for Raila to become the fifth president. He dismissed their opponents as having poor track records.

Munyes said his administration would address food security, water shortage, healthcare, illiteracy and unemployment among youth. “We have two huge water aquifers with more than 250 million cubic metres of underground water in Turkana, which has never been exploited. It’s time we changed leadership and utilised the resources to improve the livelihoods of the vulnerable community. It’s unfortunate that even a town like Lodwar does not have water, yet we have Napuu water aquifer in Lodwar has never been exploited,” the CS said.

He said his administration would revive irrigation and the struggling fishing sector to boost foods security and enhance investment. “Why would the county spend Sh100 billion in 10 years, yet you cannot give water to your people? Even putting up one mega irrigation scheme to boost food security is a problem? These are some of the predicaments we need to reverse,” he said.

Premium Tatu Reginaldah: The day my husband almost beat me to death
Living
By Silas Nyamweya
8 days ago
Premium It is mathematically impossible for Raila Odinga to lose the election
Opinion
By Kaburu Kinoti
10 days ago
Why you should avoid sex before elections
Living
By Wandia Wadear
10 days ago
Premium Feed your agents on poll day to keep them motivated, candidates told
Politics
By James Omoro
10 days ago
. 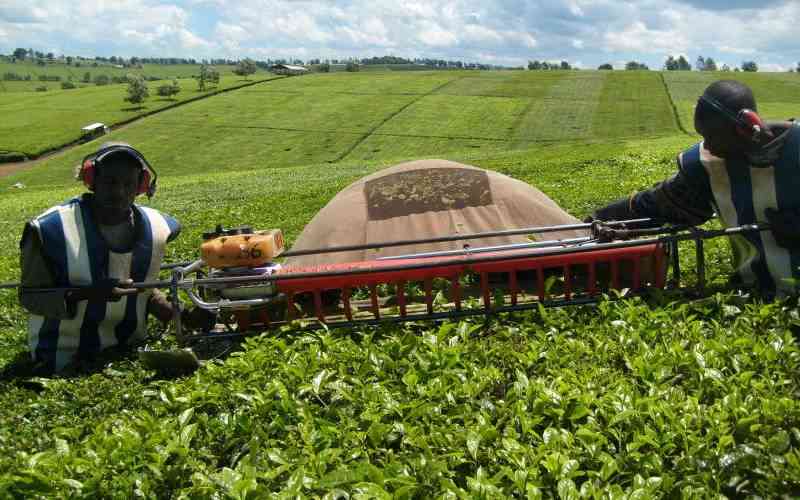