Tourism CS Balala: For Sh2m a hyena can be named after you 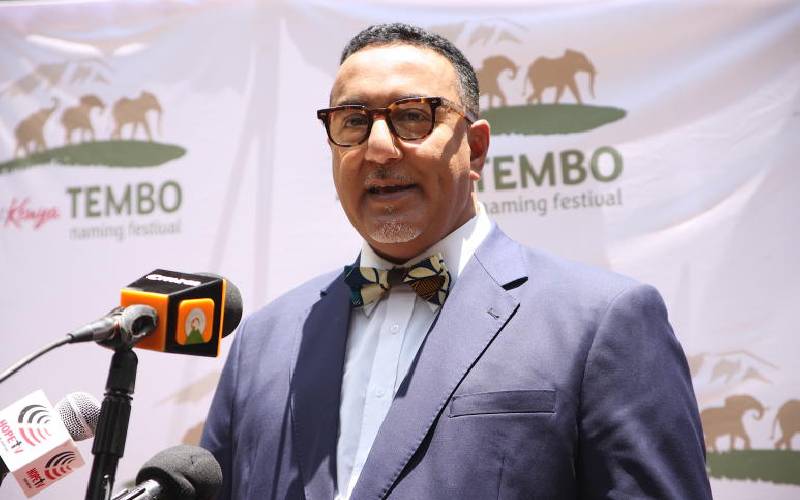 Tourism Cabinet Secretary Najib Balala (pictured) has said it would cost one Sh2 million to have a hyena named after them.

Speaking at Amboseli national park on Saturday, however, Balala said only endangered species are adopted and named. Hyenas are not endangered.

"Any animal can be named, but elephants are endangered."

The Amboseli Tembo naming festival was held at the park in Kajiado.

Sponsors adopted elephants with a minimum of Sh500,000 and got an opportunity to name the jumbos.

The festival is aimed at raising funds for the conservation of elephants.

Amboseli is well known for 1,900 elephants and plays a significant role in conservation.

The target is to collect Sh100 million next year to appreciate the conservation of endangered animals.

"We have tamed poaching in the last couple of years, but conservation is not cheap," Balala added.

The government, during the pandemic, has paid almost Sh1 billion to community ranches within the conservancies and an extra Sh1 billion to recruit 5,500 new scouts to support the Kenya Wildlife Service and the community.

The funds raised at the ceremony will mitigate challenges facing elephants. Balala said in Amboseli, the community has accepted to live in peace with the elephants since they are supported to convert their lands into conservancies.

There are almost 170 conservancies in the country. The communities get technical support and are shown how to beneft from tourism and conservation.

Balala added that if human-wildlife conflicts are addressed, this year more calves will be born and the elephant population will go higher.

Majestic Tim, the Amboseli elephant with super tasks to be immortalised

Harambee Stars head coach Engin Firat has made four changes to his line up as Kenya prepare to host Mali in the return leg of Group “E”, 2022 Fifa Wor

By James Munyeki | 13 hours ago