Wetang'ula cracks the whip on rebels in Ford Kenya 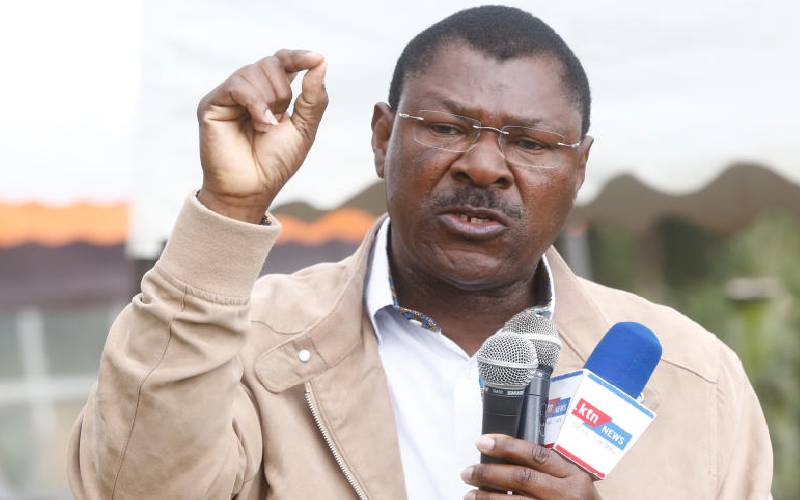 Ford Kenya leader Moses Wetang'ula (pictured) has made changes to the party's Trans Nzoia leadership as he seeks to regain control of the troubled outfit.

The Bungoma Senator is said to be targeting party officials allied to Kanduyi MP Wafula Wamunyinyi and his Tongaren counterpart Eseli Simiyu.

Mr Wamunyinyi and Mr Simiyu were behind a plot to kick out Wetang'ula from the helm of the party last year.

One of the casualties is the chief of staff in the office of the governor Patrick Simiyu, who has been replaced with Joseph Pepela (Saboti parliamentary loser) and a close ally of Kiminini MP Chris Wamalwa.

During a meeting in Milimani, Kitale, Wetang'ula told delegates to ratify the removal of the rebel officials and that the shake-up is intended to strengthen the party at the grassroots.

"We will not allow moles to destroy our party. Those who are being used by external forces to kill the party have no space in our party," he said.

Wetang'ula asked members to rally behind a political pact between Ford Kenya and the Musalia Mudavadi-led Amani National Congress.

"Musalia and myself have agreed to compete for the Luhya ticket, and that we will support whoever will be endorsed by the community to run for the presidency," he said.