How colonialism and Christianity changed burial rites among the Nandi 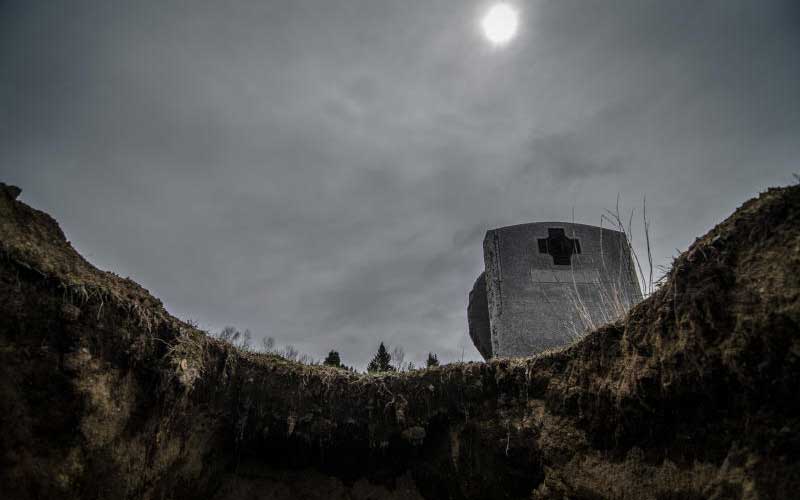 Among the Nandi, once you reached a certain age, you were expected to exit earth during a ceremony known as Sheu. Old men and women willfully committed suicide by jumping off a cliff to pave way for a new generation. There were no burial rites for those who took part in Sheu since they were blessed before the ceremony. Then Christianity came and all that changed. The Nandi community now conduct burials based on Christian values.

Among the Nandi community, death is revered and feared in equal measure - depending on the circumstance it happened.

The Nandi adored death as a bridge between the old aged because it facilitated their renaming through newly-born children. On the other hand, when death happened, they wailed and even migrated in instances when it was sudden due to disease or other causes that could spell misfortune to the community.

Among the Nandi, those who had over-lived the seven circles age set would organise a respected community ceremony known as Sheu where they wilfully committed suicide by jumping from a cliff to pave way for a new generation.

According to Kipchoge Arap Chomu, a researcher of Nandi culture and customs, the old members of Nandi community would voluntarily commit to taking part in the Sheu ceremony to allow their renaming for the continuity of their lineage.

Mass suicide by the elderly

“Those who attained old age by seeing complete age set circle of Chumo, Maina, Nyongi, Kipnyigei, Kaplelach, Kipkoimet and Sawe among the Nandi, took a lot of pride in participating in a mass suicide where they willingly dived from a cliff in Sheu, a respected ceremony,” said Chomu.

Sheu Morobi, a deep cliff at Kapsimotwa area near Nandi Hills is a famous high point in Nandi where old people – men and women reportedly took part in the Sheu custom.

The ceremony, according to community members, was usually organised during a season of abundance of food crops and milk from their herd of livestock.

A cohort in the Sheu ceremony would partake in feasting as part of their morale-building before lining themselves at the edge of the cliff, holding their hands and uniformly plunging backwards to their deaths.

The community would then celebrate and a new generation named after them. Those who took part in Sheu are those who had seen their great, great, great-grandchildren – some of whom, the customs would not allow them to greet because they had outlived their generations.

There were no burial rites for those who took part in Sheu since they were orientated and blessed before the ceremony.

Chomu says, the Nandi conceptualised death as a spiritual entity and everything was done to avoid it among the younger generation.

“When someone died in a hut, it was suspected death had visited that hut and may catch anyone who may carelessly enter,” he says.

He also notes that there were elaborate rites and customs of handling death before colonialism and Christianity came to interrupt and modernize burial procedures.

“Due to previous experiences with contagious diseases, malaria, pneumonia and those that were caused by poor hygiene, the Nandi feared dead bodies and would even migrate to other regions when it occurred,” added Chomu.

When a person died before a ripe old age (maa ilil), the body was left on a sleeping hide (muuito) and the homestead deserted. Family members were barred from doing any chores and were accommodated by neighbours.

According to the researcher, elderly people and in particular those who failed to marry (Kipsongoinik), were chosen to dispose of such a body in the forest in a westerly direction so the remains could be eaten by hyenas.

Disposal of the dead

“Disposal was done at sunset by the third day and undertakers were hence ritually unclean (ngwoneen). They were to isolate themselves from other people until they were cleansed (kianyiny). A cow would be slaughtered if the deceased was a woman and a bull if it was a man, for the surrounding community,” he says.

Household members would shave their hair and the widow dress plainly without ornaments on her head, ears, neck, arms, fingers, waist or legs. She would not enter her house until she was cleansed after a 40-days mourning period, Chomu adds.

If a man dies, the pointed head of the central pillar of his hut that protrudes from the roof (toloita) was chopped off to signify that the home no longer has father figure. A ram was slaughtered after to cleanse the widow at the end of the 40 days mourning period.

Chomu adds that all the man’s household tools were also cleansed to signify end of the mourning period and allow the family to resume their normal routine.

“Those who died of old age (kolil) were considered to have had honourable death and were buried at a foot of a respected tree/shrub/wild banana next to a cattle pen. After 40 days of mourning, they would be promoted to ancestors and children born thereafter could be named after them,” adds Chomu.

Widow allowed to marry a woman

“If a widow was past child-bearing age and did not have children, a ceremony was conducted to promote her role to that of a male elder. This would allow her to ‘marry’ by adopting a child-bearing woman so that children born may carry forward the family,” added Chomu.

Simon Rotich, a Nandi elder from Cherangany says the Nandi did not mourn those who died of old age. “Their burial were never hurried and during the burial, they were talked to as if they were alive. They were respected for having lived their lives to the fullness. Until recently before colonialism and Christianity, there were no coffins and the dead were interred wrapped in skin,” said Rotich.

Rotich said elders who were no longer parenting performed the burial rites.

He said the Nandi community had rites and norms that were instilled to members during ceremonies including circumcision.

The elder noted that relatives wailed whenever a person of childbearing age or single died.

The circumstance of death defined how you will be buried

“For those who committed suicide, burial was done before sunrise or in the evening. Unlike the burial of the elderly where milk is used, there is no use of milk for those who commit suicide and children were also not named after them lest the misfortune return to haunt the family,” said Rotich.

He said those who died of disease had their bodies taken to the forest and smeared with livestock intestines so that it could be feasted on by hyenas.

“If the remains are not consumed by hyenas, rituals by selected elders including the slaughter of a goat in which it will be used to cover the body is done so that the hyenas feat on it. This was to ensure no curse is spelt against the community,” said Rotich.

“The victim’s family only wakes up to see the cow – an indication that the attackers are calling for negotiations. If the victim’s family ignores, then it means they have declined overtures for forgiveness and this could spell misfortunes in future,” said Rotich.

He said community elders are engaged in a truce to unite the affected members and often, nine cows are given as compensation.

According to Rotich, truth is to be followed in administering Nandi rites in burials. He says there were no tussle over property and talks were always after the 40 days of mourning.

“Mistakes were avoided as this could spell misfortunes that could haunt the community for four generations,” said Rotich.

Dr Paul Korir, the Bishop of Kapsabet Diocese of Anglican Church of Kenya (ACK) said the Nandi community treated death with a lot of respect and handled it with care.

“They revered death because they knew there was a spirit that could haunt them in case of any disrespect. The church has come to modernize and enhanced civility of burials in the community,” said Dr Korir.

He noted that prior, the Nandi used to throw away bodies in the bush and migrate. Later, he added, they started interring bodies and using skin as coffins before transforming to the latest rites supported by the church.

“The church has brought liturgy and has not interfered with the rites but harmonised them in line with the beliefs of the community and the faith they ascribe to – either ACK, Catholic, AIC or any other faith,” said Korir.

He said the Church would listen to the wishes of the family and carry out a burial service in a dignified and modern ways.

“Timings of burial rites would vary depending on circumstances of death and age. Currently, people understand and yield to advise on burial procedures,” said the cleric.

Bishop Korir said the use of milk during burial among the Nandi has been replaced by the cross that signifies resurrection. The Nandi, he said, paid homage to the death by witnessing all burial rites in respect to the deceased.

“The community listens to advice and is changing depending on the circumstances. The Covid-19 protocols should also respect wishes of the community who are also observant of social distancing,” said the Bishop.

He said there has never been debate on the direction the community should take in new burial procedures noting that the community has over the years witnessed transformation to new realities.

Do you have feedback about this article? Drop us an email on: [email protected]

Politicians challenge the Police to investigate the murder of Jacob Juma

By Nderitu Gichure | 12 hours ago