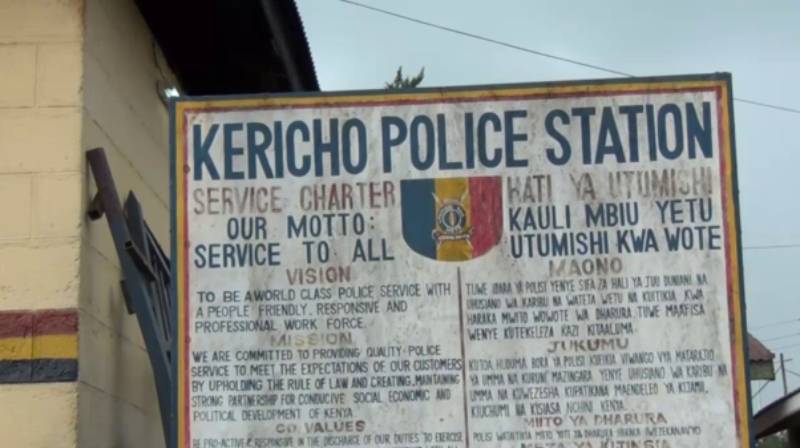 Police in Kericho have launched a manhunt for a daring man who was captured on video apparently smoking what looked like a roll of bhang outside the Kericho Police Station gate.

The confident young man with plaited hair and in a black T-shirt and trouser was captured by an accomplice while lighting and smoking what is seemingly a roll of bhang.

While the smoker puffs away, the accomplice zooms into the gate of the police station and captures a policeman manning the gate oblivious to the swirling smoke.

Though it's not clear when the 14-second video was captured, some of the details captured such as the newly constructed perimeter wall and the smoker's facemask pulled to the chin, indicating that it’s a recent incident.

"We must bring the suspect and the accomplice to book. Their sheer audacity is unacceptable. The fight against drug and alcohol abuse is on," he said.