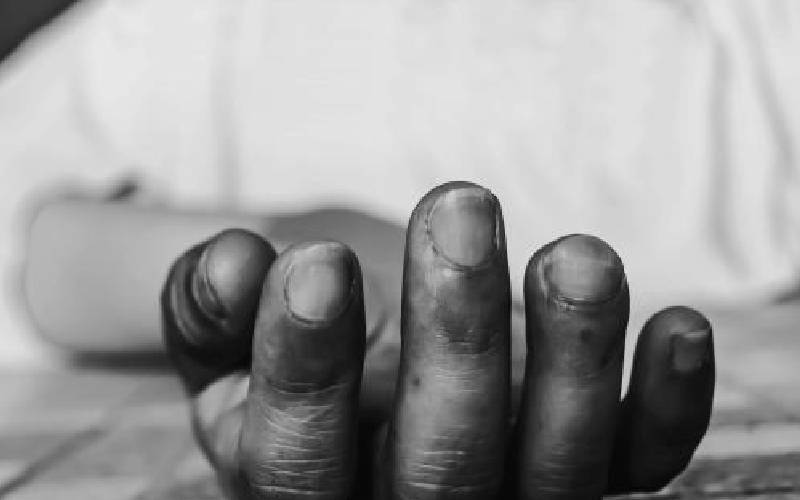 The body of a 10-year-old boy has been found dumped at a farm in a village in Nakuru county.

Reports indicate he had been defiled.

Soliat village member Samuel Langat on Thursday evening said the body had been tied up and wrapped in a sack.

The Standard Three pupil had been sent to collect firewood in the village located in Kuresoi North.

Two-hundred villagers formed a search party for the girl after she did not return for several hours.

Cases of missing children and rape have further been exacerbated by the ongoing pandemic, where more children are at home and parents are away trying to make ends meet.

Cases of sexual violence have soared since Kenya recorded the first case of coronavirus on March 13 and started enforcing measures such as the closure of schools to curb the spread of the virus.

Sexual offences have overtaken other crimes as the country restricted movement.

This prompted the Ministry of Health to call for more protection of those vulnerable to sexual and gender violence.

“We remind everyone that the law has not been suspended and that it will catch up with those who mete violence on others during this period,” said Health Chief Administrative Secretary Dr Mercy Mwangangi in April.

The ministry’s reaction followed reports by the Gender Violence Recovery Centre (GVRC), the Director of Public Prosecution and the National Council on Administration of Justice (NCAJ) on increase in sexual offences cases.

Nakuru County children’s coordinator, Alice Wanyonyi, in the past told The Standard that 513 girls aged between 13 and 17 were defiled in Rongai sub-county alone, between January and May.

At the time, at least 25 girls were pregnant in Kuresoi sub-county.

Meanwhile, in January, a family in Tinet, Kuresoi South Constituency, accused police of failing to arrest a Theology student accused of defiling and impregnating their 16-year-old daughter.

The 24-year-old suspect then disappeared from the village. The girl’s mother claimed they had given police information on his whereabouts, but the officers have been reluctant to arrest him.

“Police have been taking us round in circles and whenever I ask how far they have gone with investigations, they threaten to take action against me, saying I am an irresponsible mother,” said the woman, whose identity we could not reveal to protest the minor who is joining Form One.

In 2018, the body of a 13-year old girl who was reported missing was found in Bahati. The child had been defiled.

“It is a sad incident that involved an innocent child. We shall work closely with the police and residents to trace the suspects. Investigations have started,” said Thuo.