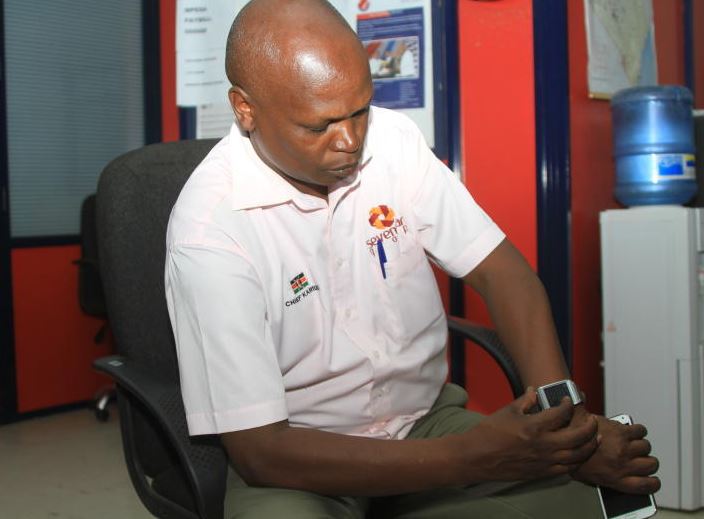 Kariuki (pictured), who made news headlines for being probably the first Kenyan administrator to use social media to fight crime, died while undergoing treatment at the Rift Valley Provincial General Hospital in Nakuru.

Mbui said the chief was taken to hospital on Tuesday after being taken ill, but passed on on Wednesday afternoon.

“I have received sad news of the demise of the chief with profound shock,” Mr Mbui told The Standard Digital.

Mbui said the chief is among highly celebrated local administrators who helped revamp security in the area through his Twitter handle.

It is through Twitter that the community united to fight insecurity. For example, they would report crime within their area for quick action.

“The chief was an outgoing servant of the people who embraced social media including Twitter and Facebook to pass security information in the areas of jurisdiction,” said the commissioner.

Social media played a key role in boosting security at the grassroots through early warning that has prevented several crimes from occurring.

"We also urge the chiefs to seek the services of the younger generation who can teach them on how to use the channels to promote security at the grassroots," he said.

Kariuki, born and raised in Nakuru held a Bachelor’s degree in Counselling and Psychology from Mount Kenya University.

But in 2009, he decided to be an administrator after developing a great passion in serving the larger community. He believed his administration work was a call from God.

Further, he wrote a book titled Chief Kariuki Tweeting Chief that delves into his history and experience as a teacher and a chief, and his achievements.