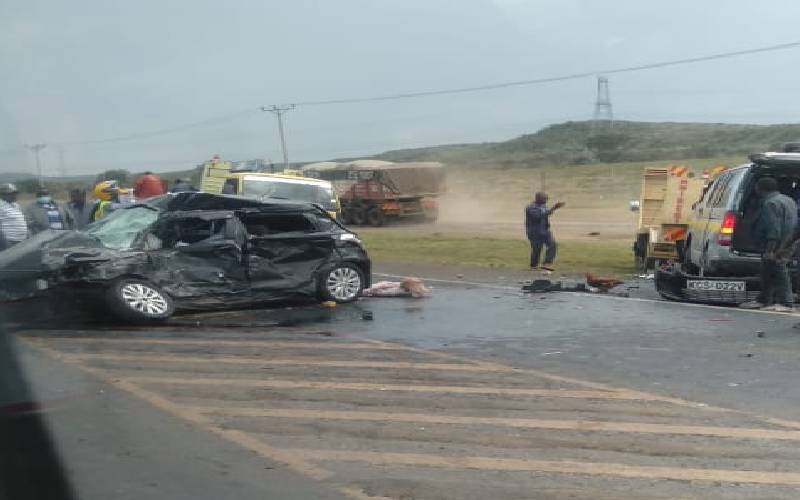 A couple died while their two children survived in a road accident involving three vehicles along the Nairobi-Nakuru highway.

The two died on the spot near Gilgil town after their car that was heading towards Naivasha lost control and collided with an oncoming Nissan matatu after being hit from behind by a lorry.

According to Gilgil police boss John Onditi, the personal car carrying the couple and their children was overtaking a lorry when it hit them from behind.

He said the couple died while the two minors in the ill-fated car sustained serious injuries and admitted in the same hospital.

"In the process, we have lost a couple while their two children aged four and two years respectively have been injured," he said.