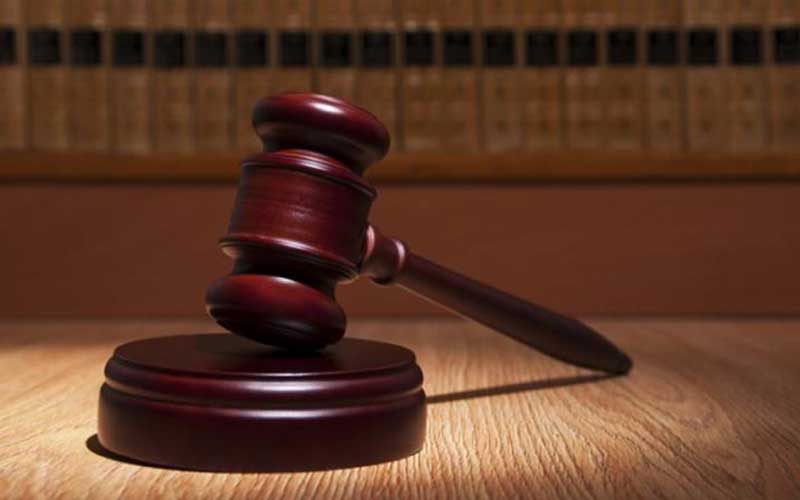 A police officer who was allegedly involved in the Lessos shooting, three weeks ago, was today arraigned at the Eldoret High Court to answer to murder charges.

According to the charge sheet, Onyango is said to have murdered Lazaro Tirop on June 25 at Lessos location in Nandi County.

Senior Assistant Director of Public Prosecution in Kapsabet Judith Betty Ayuma had on July 10 preferred the murder charges against the officer.

Onyango was then brought to a court in Eldoret where he was subjected to mental assessment and Covid-19 tests before appearing in court for plea taking.

Onyango’s lawyer Judy Muiruri, requested the court to allow his client to be released on bond upon which the court ruled that the case be mentioned on Friday, July 17, for bail application.

Three weeks ago, residents of Lessos had protested the shooting of 40-year-old Tirop in what they termed as extrajudicial killing.

Tirop, who was a cobbler, was allegedly shot after an altercation with the police officer.

He was said to have tried to intervene in a case where two police officers confronted a boda boda rider for not wearing a mask, before he met his death through a bullet on his head.

Outraged residents stormed the police station where the officers were based and set ablaze the official residence of the OCS Peter Muguro.

The angry residents also blocked the Kapsabet-Eldoret road and stopped police from collecting the cobbler’s body.

In the ensuing chaos, two more people were shot dead as the protesters attempted to overrun the police station and scores were injured and rushed to Kapsabet County Hospital.

The first match of 2022 FIFA World Cup in Qatar will be staged in the iconic 60,000-seater Al Bayt Stadium.

By James Munyeki | 10 hours ago

By Peterson Githaiga | 19 hours ago