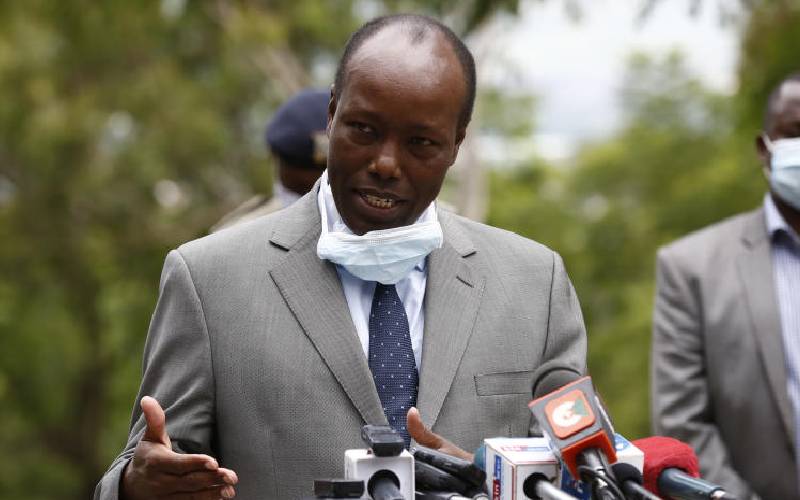 Members of the Nakuru County Assembly have criticised governor Lee Kinyanjui (pictured) over his move to relocate matatu terminus and main market to the outskirts of the town.

Yesterday, the members during a special sitting, ad-hoc committee on Covid-19 tabled its report expressing dissatisfaction in the moves which the members described as counterproductive.

“The new termini are muddy with poor roads and without water, toilets and hand sanitisation facilities. The situation has been worsened by the heavy rains exposing the operators and travellers even more,” said the committee chairperson Njuguna Mwaura.

When ordering the closure of the market and relocation of the bus termini, governor Kinyanjui said the move was aimed at protecting residents from the coronavirus due to overcrowding.

The committee, however, noted that since the relocation, most of the drivers and touts do not comply with the guidelines set by the Ministry of Health while the county government has continued to lose revenue.

“Drivers, touts and passengers are not wearing masks at the termini. There is lack of coordination and matatus have lost a lot of business,” said Njuguna.

Passengers, likening the termini with Nairobi’s ‘Machakos Country Bus Menace’ have been reporting loss of valuables as criminals have taken advantage of the locations which enable their easy escape.

At Afraha Stadium, the committee observed that the pitch was muddy and had no shades for the traders exposing them to rain.

“The county government should allow at least two matatus per sacco to operate from their initial stages at a time. This will reduce the congestion observed in the new termini,” the report read in part.