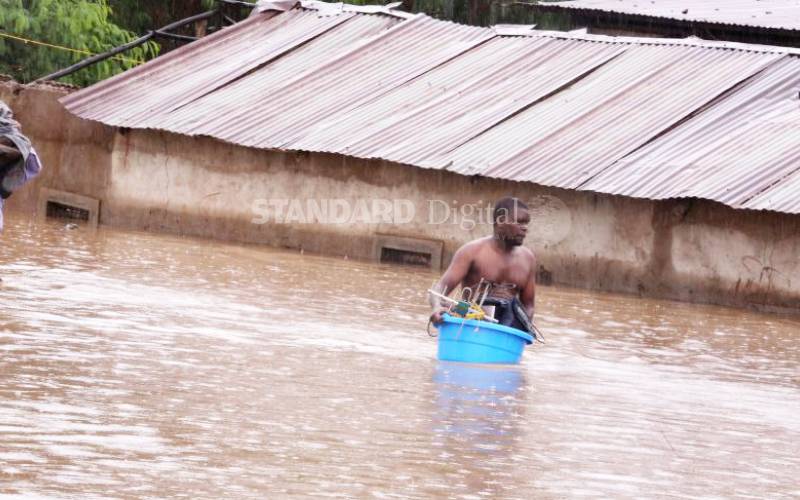 Hundreds of agricultural land under crop and fruits in the schemes was also destroyed. The crops include maize, beans and fruits.

The MD said the schemes faced a big challenge in water supply and called for urgent intervention in Sigor town and other government institutions within Weiwei location.

Weiwei irrigation scheme chairperson Mark Meut said farmers had suffered huge losses following the destruction, and that it would be difficult for them to restart cropping for the 2020/2021 season.

Mr Meut appealed to the national government and donors to help repair the Weiwei irrigation scheme that was established in 1980.

“The scheme helps in combating hunger, and proceeds from the sale of the crops are a viable economic source,” said Meut.

He called on area leaders to ensure the matter was urgently addressed.

“The project provides economic empowerment to residents at household levels, and we want farmers to continue with their day-to-day activities. However, at the moment water is the huge challenge in the entire region,” he added.

Devolution PS Micah Powon, who accompanied the MD, said the government was in the process of assessing the loss at the schemes.

“We shall soon send our officers to the ground to determine the cost required for rehabilitation so that we can put in place long and short term measures,” he said.

He added that residents incurred losses amounting to more than Sh100 million after water pipes were destroyed.

“We shall do recoveries of furrows and pipes affected by floods,” he said.

To resign or not? Ruto’s 2022 election dilemma

If DP quits, he would be exposed to attacks and tagged a rebel who walked out on his boss