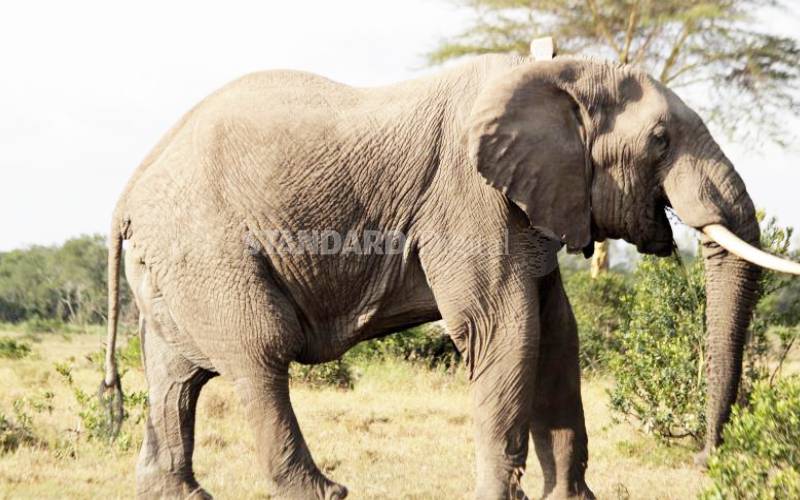 A 36-year-old woman was on Thursday evening killed by an elephant at Ol Arabel Forest on the Baringo-Laikipia border.

In a statement to the press, the Kenya Wildlife Service (KWS) said the woman was trampled by the jumbo and died on the spot.

"We are sad to report tragic loss of a 36-year-old woman who was attacked by an elephant near the border," the statement read in part.

According to KWS, Stella Chebii was tracing her livestock which had strayed into the forest when she met her death.

"The police collected the body from the scene and moved it to Nyahururu Hospital Mortuary. We are in the process of reaching out to the family of the deceased," KWS said.

The agency has since mobilised Problem Animal Control teams to monitor elephant movement to avert further attacks on residents living near the forest.

"The area has experienced an influx of elephants in the recent past. The public is being cautioned to be vigilant when approaching forest areas," KWS added.

By Anthony Gitonga | 14 hours ago