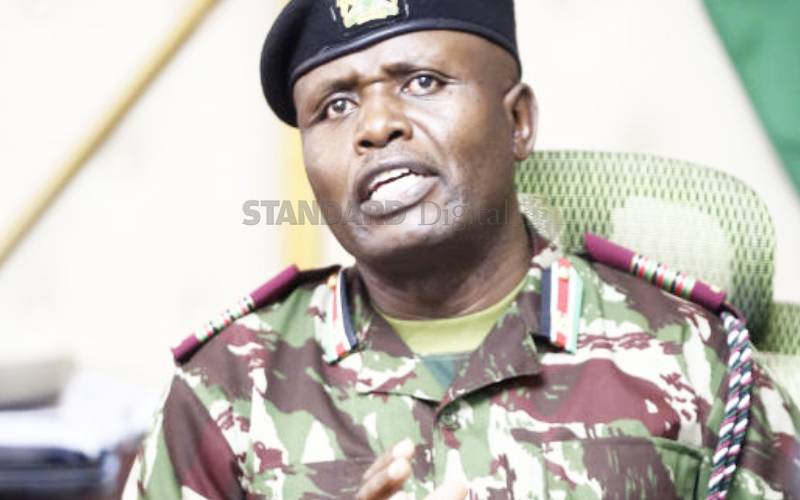 Residents with illegal arms in the volatile Kerio Valley region have been given two weeks to surrender them or face forceful disarmament.

Rift Valley Regional Coordinator George Natembeya (pictured) had said the Government would start mop-up of illegal arms this week, but it appears the amnesty has been extended.

Security agencies yesterday reported they had recovered 13 firearms after the State last week issued an amnesty to owners of illicit guns suspected to have been used in deadly attacks that have rocked the Kerio Valley and parts of Elgeyo Marakwet and West Pokot highlands in the last three years.

Mr Omar warned force would be used to mop up firearms that will not have been surrendered in the next two weeks.

He said all holders of illicit firearms have been listed in reports by the National Intelligence Service and will be pursued if they fail to surrender the guns.

“It will be a targeted operation. We want to appeal to residents to surrender illicit arms to give the police adequate space to do their work. We are only waiting the date to proceed with this exercise,” he said.

A section of locals in the valley that cuts across four counties of Elgeyo Marakwet, West Pokot, Baringo and Turkana welcomed the disarmament exercise.

Magdalene Yano, another resident, said youth in the troubled region have started engaging in commercial farming after a peace deal by warring communities.

Marakwet East Sub-county Police Commander Vincent Kitili said the police deployed for the exercise are using a diplomatic approach, noting that security officers will change tact if diplomacy will not bear fruit.

BREAKING NEWS: Body of the driver whose car plunged into Kerio River retrieved

Buildings under power lines to be demolished

By Daniel Chege and Julius Chepkwony | 1 hour ago