ITEN: Livestock farmers in Elgeyo Marakwet County are counting huge loses after several animals died due to an outbreak of a mysterious disease.

The farmers at Leketet village in Kendur sub location, Kapchemutwa ward said they have lost more than 30 cows worth over a million shillings within a span of three days to unknown disease.

They expressed concern that the disease was a threat to livestock keeping because it kills them in less than six hours after exhibiting signs of sickness and called for urgent intervention.

According to one of the farmers Mr John Kigen who has lost four of his dairy cows, once the animal is affected, it develops nervous system breakdown and dies within a very short time.

"An infected cow produces foams from the mouth, losses strength and within a very short time it collapses and dies," said Kigen, who noted that the worth of his dead cows is over Sh 200,000.

With just a simple vaccine, your flock can beat these diseases

When the time comes to say goodbye to that dear cow

When The Standard visited the area on Sunday, the farmers were combing grazing fields in search of the animals that had died in order to dispose them off.

They blamed the veterinary officers for poor response to the emergency saying they delayed for three days after receiving the distress call leading to the numerous losses.

"There is laxity on the part of the veterinary officers in the county because we notified them on Wednesday when the first deaths were recorded, but they never turned up until Friday afternoon when they realized the press were visiting the area, that's when they rushed here" complained a village elder Josphat Kimetto.

Another resident Kelvin Murisha said some of the dead cows would have been saved if there was a livestock extension officer in the area.

"We rely on one extension officer who is stationed 10 kilometres away and serves the whole of Kapchemutwa location. The county government should employ more extension officers, at least one in every sub location to serve farmers," he opined.

Murisha added that the disease has adversely affected the economy of the region noting they entirely rely on dairy farming for income.

"Livestock and small scale farming is the economic backbone in this area and most of us were hoping to sell some of the cows to buy farm inputs for this season because maize prices were very poor," he noted.

However, Keiyo North sub county veterinary officer Dr Stephen Munderu who visited the area accompanied by the deputy officer in charge of the regional veterinary investigation laboratory in Eldoret Dr Peter Wekhuyi said interim investigation indicated the animals may have died after eating a poisonous shrub but were yet to conduct more tests.

"Our preliminary findings shows the animals died of a poisonous plant known as cestrum and we advise farmers to avoid taking their livestock to a nearby river infested by the plant until our tests are out," advised Dr Wekhuyi.

He said they had taken samples from the dead animals which would help them in finding the possible cause of death of the livestock noting cestrum poisoning kills animals within a very short time once ingested.

Dr Chege on the other hand observed that the cows may have opted to feed on the shrub because of the current drought. He urged farmers to learn to preserve livestock feeds for dry season so that their animals are not forced to feed on dangerous plants for lack of adequate food.

China Mobile, the country's largest 4G mobile network operator, has began development on the next generation of mobile internet following the success of 4G, a senior executive of the company said on Saturday 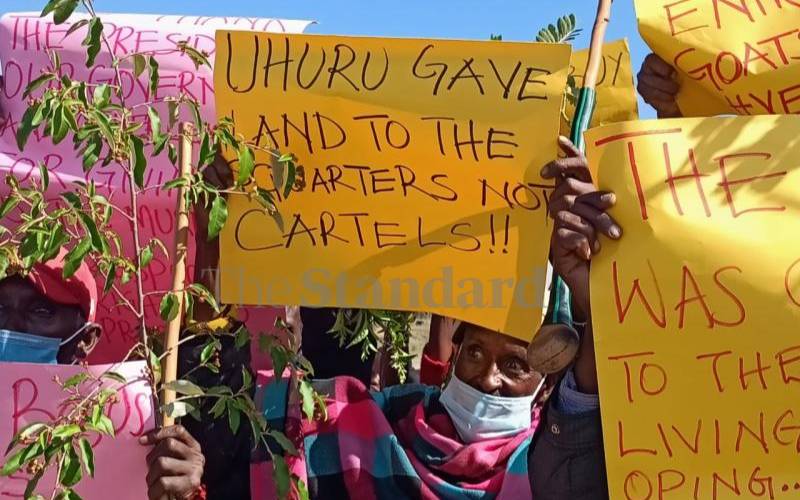