Sharon Chepkemoi, who developed heart complications five years ago, had appealed to Mrs Ruto to help her meet the cost of the surgery.

On Friday, there was joy among teachers, pupils and parents of Mogoiwet Primary School in Narok County when leaders Soipan Tuya, Patrick Ntutu (Narok West MP) and Joseph Barusei (Mulot Ward Representative) delivered news that Mrs Ruto had agreed to donate Sh500,000 towards the operation. The leaders also contributed more than Sh100,000.

The operation will take place at Mater Hospital, Nairobi, in December. “I was touched by the girl’s problems and want her to be taken to Nairobi for medical attention,” said Mr Ruto’s wife.

Chepkemoi’s mother, Sally Langat, while thanking Mrs Ruto for her kindness, explained that her daughter has had breathing difficulties due to the heart problems.

Head Teacher Henry Mutai said the girl would have had surgery in Egypt in 2011 but due to the lack of funds, this did not happen.

Premium Ruto to Uhuru: I don't need your support to send Raila back home
DP William Ruto hit out at the President, who on Saturday accused him of failing to discharge his duties and offering empty promises to Kenyans ahead of the General Election.
Politics
By Phares Mutembei
2 hours ago

Race to the magic 8.5 million votes
A higher turnout of 80 per cent would see 17.7 million voters turn out to vote, taking the pass mark to some 8.8 million votes.
Politics
By Brian Otieno
2 hours ago 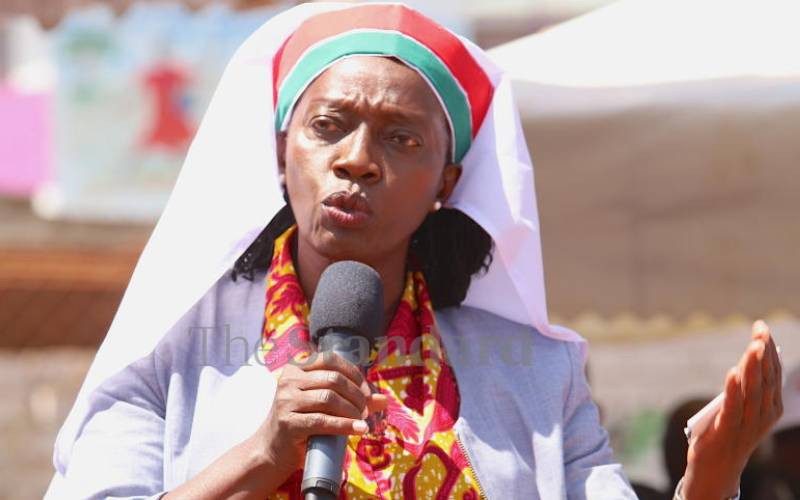 Ruto's plan: Winner or ammunition for rivals?
Pundits believe Ruto could have unwittingly set himself up for failure by making promises without considering that, even if he won, there are circumstances that could impede his ability to deliver.
Politics
By Allan Mungai
16 hours ago
.