State House duel: Inside the last 48 hours at Bomas of Kenya tallying centre

By Benjamin Imende | 2mos ago

The last 48 hours to the declaration of presidential results at Bomas of Kenya on August 15 were marked by what could be described as unimaginable skullduggery and runaway impunity, the Sunday Standard can now reveal.

Beneath façade of the choirs which serenaded anxious Kenyans with melodious tunes, abductions, assaults, intimidation, break-ins and stake-outs were happening in the background in what was seen as a dogged determination to influence the outcome.

It was the harrowing experiences, bits of which reappeared in Supreme Court proceedings, that the Independent Electoral and Boundaries Commission (IEBC) chairman, Wafula Chebukati, alluded to when making the final announcement that put Kenya Kwanza presidential candidate William Ruto ahead of Azimio’s Raila Odinga.

“In the course of discharging our constitutional duty, the IEBC and its staff endured harassment, intimidation, abduction, arrests, and some lost their lives,” he told the nation.

But Chebukati’s remarks offered just a sneak peek into events of the 48 hours period marked by tension and confusion as the nation awaited the outcome of August 9 presidential election.

The Sunday Standard has been able to reconstruct events leading to this declaration even as the Office of Directorate of Public Prosecution (ODPP) prepares to undertake prosecutions relating to the events of Bomas (See separate story).

On the morning of Saturday, August 13, a contrived security gap exposed the IEBC’s staff in Bomas to the vagaries of rogue elements who had taken more than usual interest in events at the centre, our investigations reveal.

A special unit that guarded critical areas and entries in the auditorium was reassigned on Friday evening. They left Bomas for another unspecified duty never to come back. The unit included highly trained, specialised officers from crack units previously involved in risk assignments such as counter terrorism operations.

These special areas had IEBC employees and commissioners undertaking backroom operations. The rogue elements then had a free hand to roam around, disrupting activities and throwing their weight around.

“There were many accreditations given out to suspicious people. Most of them were agents, and police in plain clothes, who roamed freely to access all areas,” an observer, who did want to be named, said.

IEBC Commissioner Francis Wanderi, who would later rebel against his chairman alongside three others, was in charge of security and accreditation at the national tallying centre.

As party agents clashed, an IEBC officer, Benjamin Kimwii, was abducted and spirited to the anti-terrorism police unit offices where he endured three days of interrogation before being released without charge.

The situation escalated on the morning of Sunday, August 14 as IEBC manager of electoral operations, Gideon Balang, and a driver were snatched from Bomas by unknown people.

At around 10am, a service provider, Japheth Dibo, who was working on a part-time basis at the IEBC call centre, also went missing after attending to an assignment within Bomas.

This was happening in the background even as the whereabouts of returning officer for Embakasi East, Daniel Mbolu Musyoka, who disappeared while on duty remained unknown only to be found dead.

“We have staff who have been arbitrarily arrested for no reason. We don’t know where they are. Some from this national tally centre,” Chebukati would say in a statement later.

Inside the auditorium, chants rent the air with names “Sunkuli”, “Balang” and “Abdi” featuring prominently. This even as both sides took to social media to declare that they had won.

In the ensuing melee, the office of the IEBC Director of Voter Registration and Electoral Operations, Moses Sunkuli, was broken into and ransacked by unknown people. The office was 10 metres from the Bomas police station.

“Sunkuli was so shaken that he dropped everything and fled the same day to an unknown destination,” a security source who manned the tallying centre told the Sunday Standard.

The other victims would later allege that their abductors were demanding passwords and electronic gadgets from them.

However, IEBC said it had developed a system that deactivated the passwords when someone logged off for a long time.

On Saturday and Sunday, there was a white Land Rover Defender with nine men parked at the Bomas gate. The vehicle was parked in a way that it could access the main road, Karen, or inside Bomas easily.

There was also a lorry behind it. The lorry was equipped with sophisticated communication gadgets and worked closely with the white Landover, which had foreign number plates.

“We realised later that all the people who were abducted were asked to go back to their rural homes,” stated a police source at Bomas of Kenya.

With a number of critical staff frightened; on the run or kidnapped, fear pervaded Bomas of Kenya on the morning of Sunday, August 14.

According to sources, that morning, there was an attempt to take away three other staff at the auditorium but this was thwarted by officers assigned to the commissioners.

The queue of the returning officers, arriving at the Bomas from different parts of the country with physical forms 34As also faced intimidation, even as Chebukati directed that they report to his office first.

“We had brought the forms from the polling stations, and they wanted them, only that they did not know which retuning officers were from the same constituencies,” a returning officer told Sunday Standard.

At this point, mistrust was building and the rest of IEBC staff had to rely on the security details of the commissioners to survive the onslaught.

The officers were to guard them when they wanted to go to the washroom, pick food or move from one backroom to the other.

That four commissioners started reading from different script from Chebukati only served to worsen the tension at Bomas. If Chebukati’s affidavit alleging power blackout at Bomas on August 14 is anything to go by, IEBC was now flying in the dark - and relying on backup generators - even as the country awaited the white smoke.

This is the night that would also feature prominently in court affidavits as Chebukati received important visitors.

Ex-CS Raphael Tuju, who spent most of the time in Bomas, walked into commissioner’s office at 3 am and demanded to meet with Chebukati alone, but the chair would have none of it.

“I told them that I could only meet them in the presence of all commissioners,” Chebukati said.

It is a visit that Tuju, in response to Chebukati, did not decline but disputed the claim that the three were at Bomas to influence the polls outcome.

After the night-long verification process that saw most staff, including Chebukati, sleep at the tallying centre, most left in the morning.

But the stage continued to worsen for IEBC officials. Press conferences were now being held to either disparage or praise the process, and to demand results or to delay them depending on where one stood.

The officials had to wade through chants against their work as agents differed on the verification process.

At some point, Chebukati had to issue a press briefing urging agents not to convert the vote verification process into forensic audit.

Chebukati went to his hotel room to refresh as the communication team was preparing speeches to announce the winner.

This even as Tuju held a presser to respond to claims that he wanted to influence results and claimed that an IEBC official had told him forms 34A on the portal were being changed.

Rigging claims were made against members of the National Security Advisory Committee (NSAC), who also visited Bomas on August 15.

At 11 am, the Operations Manager of MFI Technologies, Mitul Shah, and his colleague were reportedly accosted and beaten up at the tallying centre.

IEBC said the two were servicing photocopying and scanning machines.

With three presidential contestants at Bomas and Raila absent, the clock ticked past 3 pm and another press invite issued moving the event to 4.30 pm.

Agents allied to Azimio refused to sign the forms while four IEBC commissioners disowned the results and stormed out.

A nation was kept waiting even as tension at the Bomas auditorium build up. It didn’t take long for chaos to erupt. The remaining commissioners were attacked and physically assaulted.

When calm was restored, Chebukati walked back to the auditorium, declared the final results and handed over the certificate to the winner. 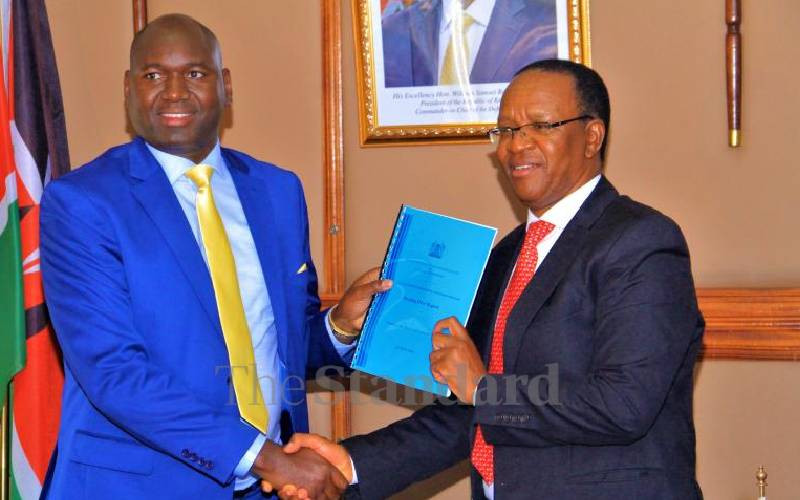 By XN Iraki 34 mins ago
Premium When government fails on jobs, trust Kenyans to fill the void 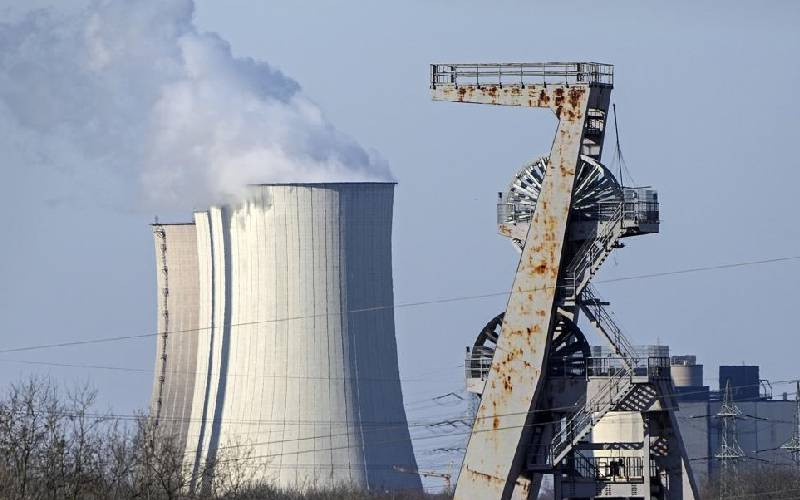 By AP 34 mins ago
What Russian oil price cap means for global market
.