Sonko on why he's joined Ruto team: 'I will pick CS and PSs'

By Augustine Oduor | 2mos ago

He also says Ruto has offered him a lucrative deal that would see him propose one Cabinet Secretary and three principal secretaries to a Ruto-led government.

Until Saturday, July 30, Sonko was a member of Wiper Party, which is led by Kalonzo Musyoka, a principal in the Azimio la Umoja-One Kenya Coalition Party.

The ex-county chief had attempted to run for Mombasa governorship on Wiper Party ticket, but was locked out of the race over integrity issues.

Sonko had been impeached by MCAs for gross violation of the Constitution and abuse of office, when he was serving as the second governor of Nairobi County.

The December 2020 impeachment was challenged in court, with Sonko arguing that the correct procedure was not followed in his removal.

Sonko lost the case at the High Court, Court of Appeal and eventually the Supreme Court, driving the final nail in his elective seat coffin.

As per the Constitution, Sonko is now ineligible to hold any elective or appointive State office.

The former Nairobi county boss claims he’s been frustrated by political figures, who don’t want him cleared for the August 9 polls.

“We welcome @MikeSonko to Kenya Kwanza, the winning team,” Ruto said on Twitter, attaching pictures of him and the former Nairobi County chief.

Sonko, on his part, took to Instagram to claim he has been “pushed to the wall”.

“It is with a heavy heart that I come to you this morning (Saturday, July 30). You all know what has been going on and how I have been pushed to the wall trying to do my best for you, my people of Mombasa,” said Sonko.

“Time is not on our side, and I have had to sit down as a leader, think about what would be best for my people and I have come to the realisation that I should work with a government that shares the same vision for my people as I, and one that benefits them. It is not about Sonko now, I have to think about the people of Mombasa and their future,” he said.

Sonko said he won’t abandon his would-be deputy gubernatorial candidate Ali Mbogo, the current Member of Parliament of Kisauni Constituency. The two were running jointly for the Mombasa seat on a Wiper Party ticket.

“I will not be leaving behind my brother Ali Mbogo, who has been put to suffering by those fighting me, and therefore from the positions offered (to me by Ruto), I will also consider him. When God closes one door, He opens a better one.

“I would want to get into this agreement with UDA, so that I can be assured of jobs and opportunities for my Mombasa and Nairobi people. I, however, will not leave without gratitude to Stephen Kalonzo Musyoka, who has stood by me all along. I also pass my gratitude to President Uhuru Kenyatta, who has been like a brother to me and supported me, and I wish him nothing but the very best of luck in his future endeavours.

“Going to the other side, I go in peace and promise peaceful campaigns,” he said.

Sonko sprang to political fame in 2010, when he joined the National Assembly as the Member of Parliament of Makadara Constituency.

He won the seat through a September 20, 2010 by-election that saw him defeat ODM’s Reuben Ndolo. Sonko vied on a Narc-Kenya ticket.

The Makadara parliamentary seat fell vacant in April 2010 after the courts invalidated Dickson Wathika’s 2007 victory due to electoral irregularities.

In 2013, Sonko successfully ran for Nairobi senatorial seat on the now-defunct The National Alliance Party (TNA).

A dreamer and a go-getter, Sonko set his sights on the Nairobi gubernatorial seat, defeating the incumbent Evans Kidero of ODM Party. This time around, he ran on Jubilee Party, an outfit formed in the lead-up to the August 8, 2017 General Election.

Jubilee was a merger of Uhuru Kenyatta-led TNA and William Ruto-led the United Republican Party (URP).

After serving as governor for three years, Sonko was, on December 19, 2020, impeached by MCAs for gross misconduct, gross violation of the Constitution and abuse of office. 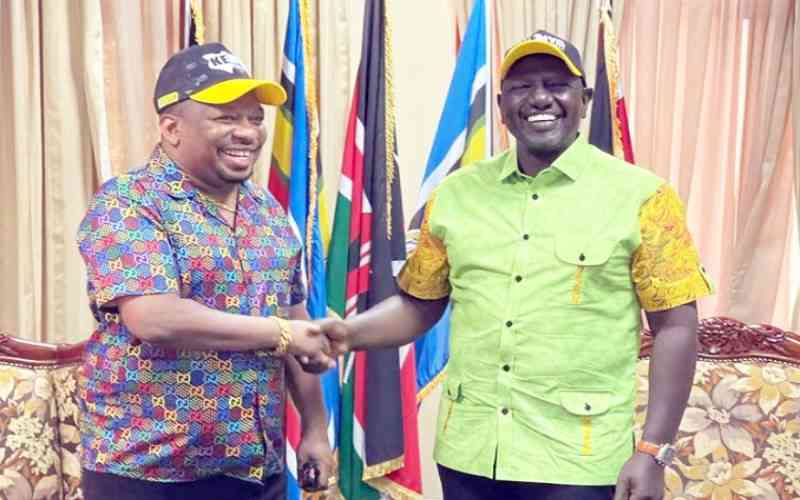 By Jacinta Mutura 58 mins ago
Premium 'Our girls in Saudi are indisciplined, we are not at fault,' agencies claim

By Andrew Kipkemboi 58 mins ago
Premium To move Kenya forward, Ruto should uproot the old order