Politicians facing prosecution for various charges have a reason to worry as activists and State agencies put up a spirited fight in court to have them barred from the August elections.

The civil society groups and activists backed up by the Ethics and Anti-Corruption Commission and the Director of Public Prosecution told a three-judge bench of the High Court that it will be immoral for the politicians to be cleared while having integrity questions on their ability to lead.

“Our plea is for the court not to be the weakest link in enforcing integrity in leadership... we cannot allow people who have been impeached and charged with corruption using the same stolen money to buy votes,” said lawyer Edward Asitiva.

Although some of the petitioners filed general applications to stop all candidates facing charges from contesting, others singled out former Nairobi Governor Mike Sonko, Nakuru Town East MP Samuel Arama and former Kiambu CEC Karungo Wa Thangwa as those not fit to hold any political office.

In the case of Sonko, five petitioners who are seeking to stop him from contesting the Mombasa governorship position.

Lawyer Ndegwa Njiru representing two activists Mukidi Jwenge and Anderson Warui told the court that even if Sonko is cleared to contest, it will not be possible for him to hold the office of governor having been impeached.

“We are looking at somebody who has been impeached and charged with various corruption offences,” said Njiru.

Transparency International, Haki Yetu and Kituo Cha Sheria supported the application to bar Sonko, arguing that his individual right to vie does not supersede public rights to have leaders with integrity.

“Sonko remains impeached and is ineligible to run for any public office. He was found guilty of abuse of office, lack of integrity, accountability and transparency which disqualifies him from the race,” said the civil society groups.

For Mr Thangwa who is seeking to be the Kiambu Senator, the lawyers said that he was impeached as a County Executive Committee Member in November 2019 for abuse of office, gross misconduct and incompetence which makes him unsuitable to hold any public office.

They argued that although former Kiambu Governor Ferdinand Waititu declined to approve Thangwa’s impeachment, he remained a convicted person after the county assembly found him guilty of the allegations raised.

Mr Arama, who is seeking re-election as Nakuru Town East MP, is also facing similar hurdle after the petitioners argued that the MP was found guilty of defrauding a public land in Nakuru.

Activist Okiya Omtatah in his general application asked the court to determine if all political candidates facing various charges in court are suitable for election into public office.

He told Judges David Majanja, Chacha Mwita and Mugure Thande not all qualified candidates who have been cleared by the electoral commission are eligible for the election. 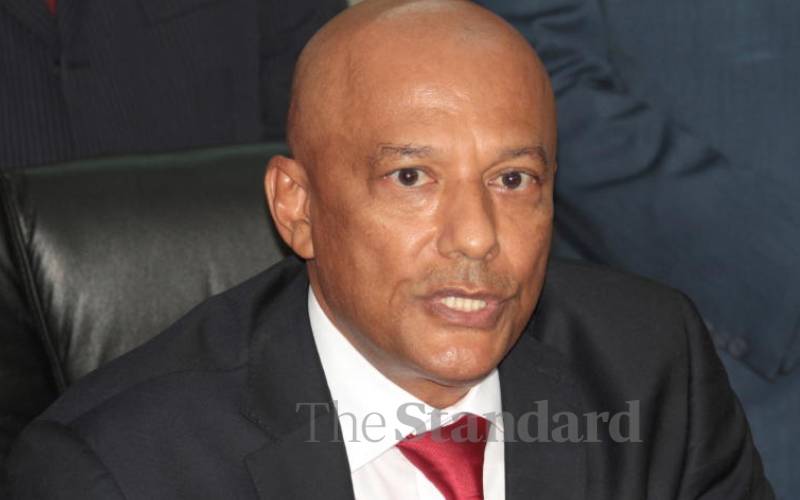 EACC flags 241 aspirants, wants them barred
EACC Chief Executive Officer Twalib Mbarak said some of the aspirants had been convicted while others had failed the integrity test.
Politics
By Edwin Nyarangi
3 months ago
.