Ruto allies claim State will use agency to interfere with elections

Kenya Kwanza leaders have alleged that there is a plot to use administrators to interfere with elections.

They claimed that the National Government Administration Office (Ngao) had been instructed, through a circular, to form a multi-sectoral election preparedness team, which was usurping the powers of the electoral officers.

Ford Kenya leader Mr Moses Wetang'ula warned state officers that they would be held liable if they participate in the meetings.

"All matters relating to elections are a preserve of the Independent Electoral and Boundaries Commission," said Mr Wetang'ula.

“The circular is against the Constitution and must be recalled since it will land so many state officers in trouble when we go to court. This is a strategy by government operatives to mobilise locals and bribe them to vote for the government project that is Raila Odinga,” he claimed.

Also present were MPs Ndindi Nyoro (Kiharu), Rigathi Gachagua (Mathira), Cate Waruguru (Laikipia) and Senator Kithure Kindiki, they warned the provincial administrators to defy the instructions or be personally liable for any violations.

Tharaka Nithi Senator Kithure Kindiki claimed government had changed tack after Tanga leaders called them out for forming an ‘illegal’ multi-sectoral strategic team that involved the IEBC and the Chief Justice.

“We called them out and the electoral body realised it was participating in an illegal group and abandoned the plot. The Chief Justice followed suit and the whole team was scattered and that is how they now want to use the administration and we promise we shall stop them,” said Mr Kindiki.

He said the State has no basis for assisting IEBC plan for the August polls.

The host, Mr Gachagua, urged the electorate to support Ruto. 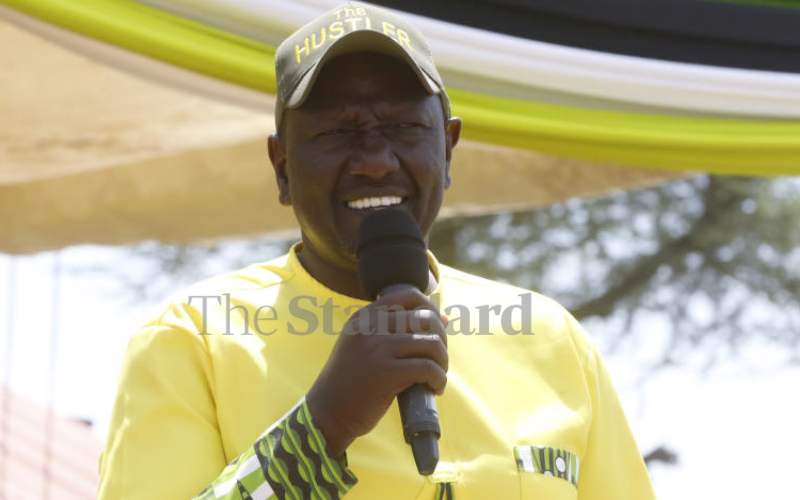 DP Ruto will win in round one, Kenya Kwanza declares
Moses Wetang'ula and Tharaka Nithi Senator Kithure Kindiki, said their alliance’s supporters account for 70 per cent of the vote.
Politics
By Obare Osinde
3 months ago
.

By Edwin Nyarangi 3 2 hours ago
What next for politicians who stepped down for nominations?

By Sharon Owino 3 2 hours ago
Wajackoya: A win for me or Raila is victory for western Kenya

By Judah Ben-Hur 3 5 hours ago
Premium Tongue control: Election 2022 unguarded remarks and their toll on politicians