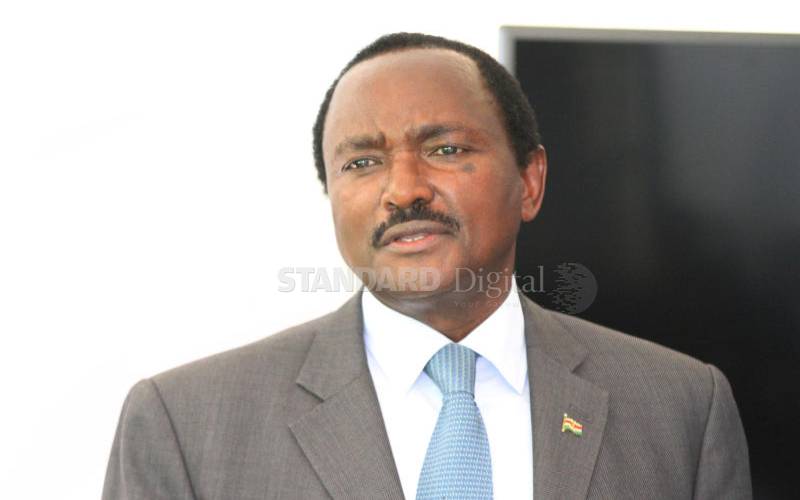 Kibwana threw his weight behind Muungano candidate Joseph Kioko two weeks ago after a Makueni court cleared him to vie for the seat. Wiper party had moved to court to bar Kioko from contesting on grounds that the electoral agency had cleared him unprocedurally.

Since then, the mini-poll has narrowed to a two-horse race pitting Kioko against Wiper candidate Sebastian Muli.

On Sunday, the two top leaders attended church services at Kitise market. Kibwana was at African Inland Church (AIC) while Kalonzo attended a Catholic mass a few metres away.

The presence of the two at the market centre was not without drama, as a near confrontation occurred causing church attendees to scamper in fear. “Since I started doing campaigns, I have never seen so many police officers in Kitise, but because Kalonzo is afraid of losing in the polls, he has opted to use police officers and the administration to intimidate us,“ said Kibwana.

Later Kibwana and Kalonzo traversed the region drumming up support for their candidates.

Addressing a rally at Kitise market, Kalonzo said his win for both the Machakos senatorial seat and that of Kitise will be a litmus test for his 2022 presidential bid.

Ruto, Raila and Mudavadi to face off in Western mini polls

The ODM campaigns are being spearheaded by deputy party leader and Kakamega Governor Wycliffe Oparanya.

The top leaders are looking at May as a tentative time to hold the referendum.

By Moses Nyamori | 37 minutes ago

By Lydiah Nyawira and Ndungu Gachane | 37 minutes ago

By Sophia Wanuna | 16 hours ago

Fresh scheme to kick out Chebukati ahead of 2022
Feedback