By Tobias Chanji | 1yr ago 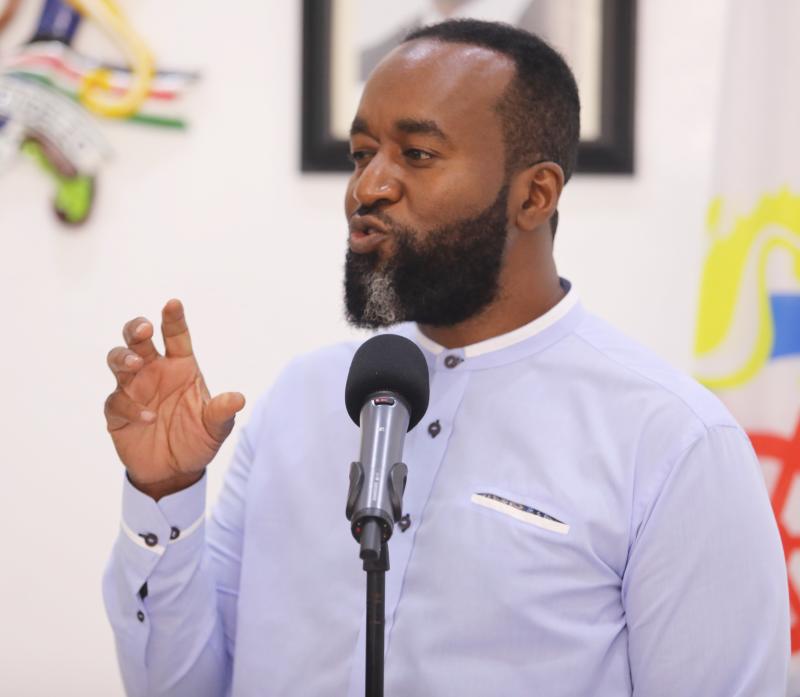 Mombasa Governor Hassan Joho (pictured) has spoken out on his burning presidential ambition and questioned why his party had extended the deadline for the presentation of applications by aspirants to March 31.

Speaking exclusively to KTN News, Joho said he has already dispatched his team to Nairobi to submit his application papers only to be told of the shift of the deadline.

The ODM National Election Board (NEB) chair Catherine Mumma had indicated the extension of the deadline was meant to ensure more applicants had applied.

Joho, who maintains, he enjoys cordial relationships with ODM party leader Raila Odinga,  says he is keen to democratically compete for the presidential ticket after a deep consultation with his supporters which he started before the 2017 general election after he clinched the governorship for the second time.

The outspoken governor explains that his recent comment that Raila should also support him in his quest for presidential did not mean he was seeking an endorsement from the party leader.

He says his statement only served as a reminder that politics was about mutual interest and that he had a democratic right to also vie for the presidency.

Joho insists that he is making serious preparations for the presidential election adding that he is currently consolidating his Coast base and will soon traverse the country to seek wider support.

He describes himself as an optimist who never dwells in the past but always focuses on the future saying that he hoped to emerge a winner in the party nomination process.

When Joho led the rally in Lamu, his Kilifi counterpart Amason Kingi met MCAs in his region. The replacement of Kwale governor Salim Mvurya with Taita Taveta governor Granton Samboja had been viewed as strained relations on the part of the governors.

But Joho said Kingi did what he was supposed to do as it was part of the consultative efforts to unite the region ahead of the 2022 general election.

By Mactilda Mbenywe 1 hr ago
Premium Brace yourselves for hot weather and health risks, experts caution

By Paul Ogemba 2 hrs ago
Premium Tarus Sh159m corruption case dropped as there is 'no evidence'
.