We're not safe, MP tells Speaker after Mohammed Ali walks into chambers with a gun 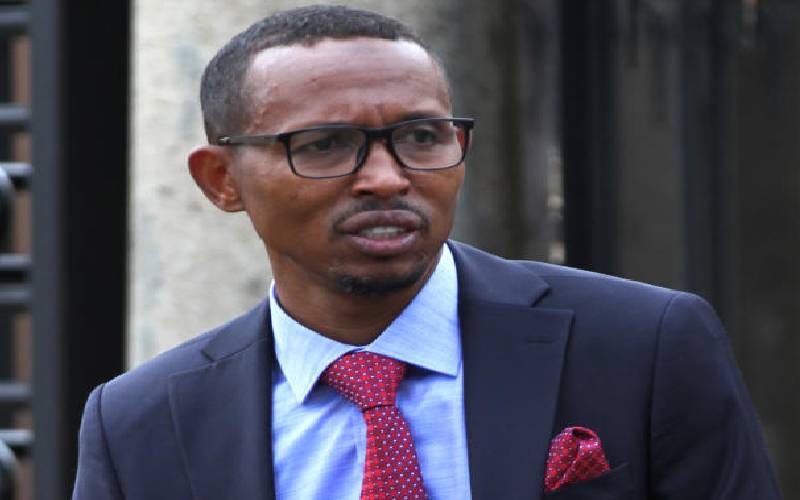 There was drama in the National Assembly on Thursday evening after Nyali Member of Parliament (MP) Mohammed Ali walked into the chambers with a gun tucked under his coat.

Gem MP Elisha Odhiambo raised the alarm that Ali was armed prompting Speaker Justin Muturi to order the MP to surrender the gun.

“Mr Speaker I have noticed some behaviour which is not of good conduct, I am not aware that members are allowed to walk into the chambers with their guns,” said Odhiambo.

“Mr Speaker if that is a gun Hon Ali is carrying on his back, then we are not safe in here.”

Speaker Justin Muturi will not play second fiddle to anyone, youth lobby declares

"There should stronger gadgets that detect guns so that we can forestall incident, we are friends but anything can happen during heated exchanges," said Suba North MP Millie Odhiambo

Mohammed however, apologised, saying he forgot to leave his things outside the chambers before promising to surrender the gun.

The Nyali MP hit out at his Gem counterpart for making the matter public instead of quietly approaching him and telling him something was wrong.

“I think sometimes as MPs it is good and wise to behave like gentlemen, rather than announcing it on national television, he should have approached me quietly,” said Mohammed.

He said it was wrong for Odhiambo to politicise the gun matter, claiming it is dangerous and a threat to his life.

"Now my colleague is making it a Tanga Tanga affair and putting my life in danger by going public," Mohammed protested.

His colleagues, however, felt threatened and could be heard shouting at Mohammed to surrender his firearm.

MPs are licensed gun holders but they are not allowed to walk into the chambers with them.

Parliament resumed sittings on Thursday with a new calendar allowing them to sit until late in the night.

The House will now have two sittings on Tuesday and three on Thursday beginning at 10am to 9pm with Wednesday now being an off day. The review will allow the MPs especially the government to pass bills like the referendum bill that will soon land in the House.

The head of the Tokyo 2020 Olympics Yoshiro Mori has resigned after becoming embroiled in a sexism row when he said women 'talk too much'.

By Harold Odhiambo, Olivia Odhiambo and John Shilitsa | 7 hours ago

By Nzau Musau and Jacob Ng'etich | 9 hours ago

By Wainaina Ndung'u , Ndung'u Gachane and Peterson Gi | 15 hours ago