Low voter turnout marked the Wundanyi-Mbale ward by-election as claims of voter bribery continue to be reported on the eve of the voting on Monday night.

Intelligence sources said a black saloon car with supporters of one of the participating candidates was spotted transporting voters and dishing out money to voters in the morning.

A survey carried out by The Standard in various polling stations showed a low stream of voters as candidates and IEBC officials said the turnout would improve by the close of the day.

Our spot check also revealed that IEBC has put in place containment measures to avert the rapid spread of Covid-19.

“The major challenge is that today is working and at the same time a market day and the voter turnout is likely to be low. But we expect the voting pattern to improve by the close of the day,” said Nahashon Humphrey Mwawaza, the Muungano Party candidate.

“I had some that some candidates were assembling voters in the wards and dishing out money at night to win support,” the candidate who voted at Mlechi primary school told the press in Wundanyi town.

The only female candidate, Getrude Mwakio of the United Green Movement party, said the voting process was peacefully devoid of chaos.

“This is the only seat that was occupied by a woman and I am banking on them to voter for me to continue with the work done by the former MCA the late Beatrice Mwabili who died of cancer in March this year,” noted Mwakio.

“This is the only seat for us and women who have the numerical strength and numbers should come out and support me to win,” she added.

IEBC Returning Officer Margaret Mzae said all the 23 polling stations opened at 6 am. “The voting process is still going on well. We have installed buckets, sanitizers and soaps in all the polling stations. Our staffs have also put on face masks because they are interacting with members of the public,” Mzae said.

But some voters said they are being discouraged because the voting process is tedious. Those interviewed said they were discouraged by the Covd-19 containment measures put in place at the polling stations.

“We arrived at the polling station at 6 am but the voting process is taking long because one has to undergo Coronavirus screening before allowed to vote,” said one of the voters at Ngurura polling station. 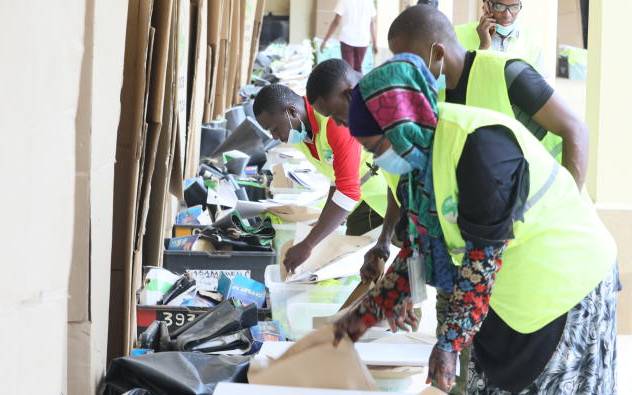 The ward with a total of 11,118 registered voters has attracted 14 candidates.

It is tight race for Kisumu North ward poll

The seat is crucial for ODM as the area is regarded as Raila's base.