He has laid bare his cards, but for how much longer will DP last at the table? 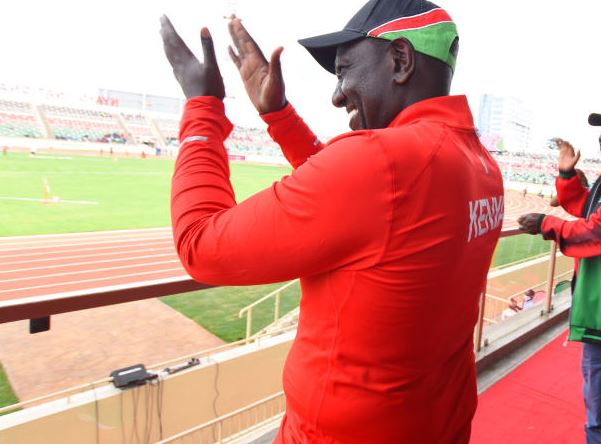 Deputy President William Ruto appears to have shown all his aces ahead of the 2022 presidential polls. And like a bullfighter who has seen a red flag, he must now brace himself for the consequences.

Like a gambler determined to make a kill, Ruto (pictured) has been casting his cards daily to the dismay of onlookers, giving the impression that he is prepared to lose all to gain all.

Having committed himself by alienating friends in government and the ruling party who he perceived to be working against his course, now the Bible-quoting self-declared hustler must await the verdict of the gods and the will of the people as Jubilee’s tumultuous reign nears its end.

In his race to succeed President Kenyatta, Ruto faces formidable political forces that could easily scatter his ambitions to the four winds.

To become president in 2022, he must overrun allies of President Kenyatta who have vowed to deny him the party ticket, and who last Friday granted him a persona non grata from the Jubilee headquarters in Pangani, Nairobi.

The DP will also need to outmaneuver the moves of ODM leader Raila Odinga, himself a consummate political schemer whose handshake with President Kenyatta destabilised the once formidable Jubilee Party and threw open the 2022 presidential race.

Coupled with the fact that Uhuru is under pressure to dump him, Ruto finds himself ensnared in political landmines.

“It will wholly depend on how he plays his pawns because this is like a chess game. His success will depend on his political moves in order to surmount the difficult terrain that he finds himself in,” argues Prof Egara Kabaji.

“If he finds himself in the ballot against Raila in 2022, it will be very interesting because Raila will comfortably use his political skill and he can really work hard. Ruto is not a pushover.”

Jubilee’s decision to lock Ruto out of party headquarters was the latest spanner in the DP’s political works. It adds to a long list of hurdles planted in his way, ranging from accusations of undermining his boss through early presidential campaigns to compromising the fight against graft. A day before the hammer fell, the DP led 41 MPs to the party headquarters and declared that he would use the venue as a political meeting point. His allies also called for party elections, a taboo subject in Jubilee.

The DP’s critics have been laying traps around him, making him work hard for the presidency, a feat he earlier assumed would be a walk in the park. Following Jubilee’s victory in 2017, Ruto was viewed as President Kenyatta’s automatic successor, before quickly encountering headwinds. There were early signals following the chaotic party nominations that all was not well in Jubilee, though.

Ruto has however managed to win to his side a section of MPs, including some from Uhuru’s Mt Kenya backyard. It is these leaders that he will be counting on for his 2022 bid, where he is likely to face off with Raila.

Nyeri Town MP Ngunjiri Wambugu says Ruto’s political future is bleak after he made costly political miscalculations. He also casts doubt on his ability to woo the Central Kenya vote without Kenyatta’s backing.

“He cannot get central Kenya votes without the president. Nobody knows what they agreed, but he is now operating as if he has become one of us. Every region has someone that has the final say. For example, you cannot go to the Rift Valley directly, without passing through the DP or Gideon Moi. The assumption that he can come to Mt Kenya directly is wrong,” Wambugu says.

The MP added that it would also be difficult for the DP to outmaneuver Raila in any political contest.

“Ruto is not as smart as Raila. Remember Raila has the brand behind him which he has built over the years. He is also able to rise from political ashes and reinvent himself, just like he did with the handshake. Ruto is not even half as smart. If Raila didn’t manage to navigate the political landmines and become president, who is Ruto?” asked Wambugu.

Kiharu MP Ndindi Nyoro however feels that the ground is with Ruto, arguing that the DP’s wing has surmounted all roadblocks that have been placed on its path.

“Our dominance on the ground continues to solidify. We have more solid support in Mt Kenya than any other place in this country. Right now, we are not looking at challenges because those are behind us. We’ve had bigger problems,” says the legislator.

“In the Kenyan political scene, no one comes closer to Ruto. Raila is very polarizing. He wins one vote, loses two. No one has the power and the charisma of Ruto. He is also a real political mentor.”

In a tweet, Senate Minority leader James Orengo suggested that the DP’s political goose is cooked.

“Not so long ago an air of triumphalism reigned in Harambee Annex, more of a hedonistic Happy Valley than a mythical El Dorado. But in the words of John Donne I now say...Therefore, send not to know for whom the bell tolls, it tolls for thee,” wrote the senator.

His National Assembly counterpart John Mbadi agrees that the DP’s political fortunes are in limbo. “I would want more hurdles built around him. He is one who has created these landmines. He has demonstrated that he is not keen on the future of the country so long as it serves him. He is also the author of a lot of problems we have faced in this country such as bad governance. I don’t think he is going to sort out anything because he has created all these problems for himself,” says the Suba South MP.

Political analyst Edward Kisiang’ani observes that Jubilee will suffer a mortal blow should the DP leave the party.

“Ruto is strong enough because the party is about people and he has a lot of people who agree with him. If he walks out of Jubilee or he is chased out, it will not be Ruto walking out but elected leaders and voters. He has also endeared himself to Raila strongholds such as Nyanza and Western,” says the university don.

Analyst Martin Oloo also warned that it will be politically unwise to underestimate the DP.

“He is a strong candidate that you cannot wish away. He knows where he is going and does not take prisoners. This is not a defining moment for him, because that moment came immediately Jubilee won in 2017. He is the kind of politician who can rise from any direction,” said the political science professor.

“When he was blocked in Kanu, he jumped into ODM. When things didn’t work out for him there, he formed URP before finally getting into Jubilee. It is not beyond him to get out of Jubilee.  I’m even wondering why he is taking the direct route when he should have jumped ship or formed another party,” said the political science don.

Previous article
Redefining beauty: I learnt to love the new me
Next article
Unseating Ruto

Ongoing hustlers versus dynasties talk is not new