Jubilee's move to support Raila in 2022 stirs up fury 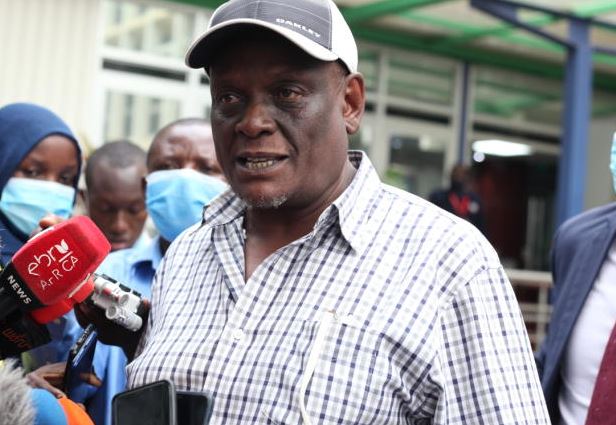 Murathe’s (pictured) assertions that Deputy President William Ruto should shelve his ambitions for the top seat has not gone down well with the DP’s allies who have challenged him to resign for bidding for an "outsider" to succeed the president.

MPs allied to Ruto now want Murathe to resign or face disciplinary action claiming his utterances were against the party constitution, even as Raila's troops welcomed the decision but asked for refrain until the Building Bridges Initiative was completed.

“Murathe’s sentiments confirm that he has lost the legitimacy to run the party. He should take the bold step to resign and leave us to come up with our candidate,” said Washiali.

The Mumias MP reiterated that Jubilee Party was formed through the dissolution of 13 political parties, while Raila’s National Super Alliance also has its affiliate partners and therefore it would be wrong for Murathe to dictate to them who the flag bearer would be.

“We should be told the agenda of Murathe and his ilk. I thought the handshake between President Kenyatta and Raila Odinga was to unite Kenyans and have internal checking mechanism by allowing parties to speak freely without being compromised, but this is not the case,” he said.

An MP who declined to be named said Murathe’s sentiment was a move to give Raila supporters assurance following a meeting by Mt Kenya leaders at the weekend.

“It is a not a coincidence that Murathe’s remarks come in the backdrop of questions being raised on the true intent of a meeting of Mt Kenya leaders," said the MP.

Nominated MP Godfrey Ososti said a person of Raila's stature does not need individual or community support because he enjoys support across the country.