We’ll back Raila or nothing for 2022, declares Murathe 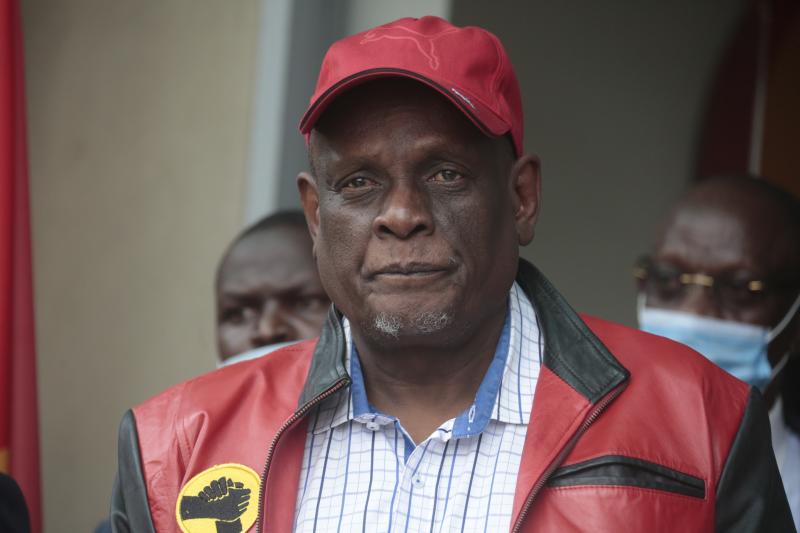 Speaking to the Sunday Standard yesterday, Murathe, a close ally of Uhuru, said Deputy President William Ruto should forget ascending to the top seat since it is not a preserve for two communities.

Uhuru and Ruto jointly captured the presidency on Jubilee ticket in 2013 and 2017 polls, with a promise that the president would back the DP's bid in 2022 and 2027.

But Murathe said it was impossible to have the top job rotate between the two communities at the expense of others.

He made the remarks as he sought to debunk the narrative that Mt Kenya cannot back a candidate outside the region to occupy State House.

“The hegemony of Kikuyus and Kalenjins leading this country is like a game of ping-pong. It is like table tennis. We must break this jinx. Other communities also have a right to ascend to the leadership of this country,” said Murathe.

A fierce critic of the DP, Murathe said it is on this basis that he has decided to oppose Ruto’s presidential bid.

“This is the reason I have said Ruto cannot be president. It is Baba or nothing. Whose idea is it that only these two communities can lead this country? We are breaking this self-entitlement to allow other communities have an equal chance,” he added.

The Mt Kenya region has fielded presidential candidates in successive elections since independence. And out of the four presidents the country has had, only the late President Daniel arap Moi was from outside Mt Kenya.

Raila has not publicly declared his intention to go for the top seat but his troops, including his brother, Dr Oburu Oginga, maintain he will be on the ballot.

Yesterday, ODM Chairman John Mbadi attributed Murathe’s sentiments to his own opinion, adding they were more focused on the Building Bridges Initiative (BBI) before engaging in any partnership or pre-election coalition ahead of the polls.

“Murathe is in order to express his personal opinion but I would be cautious to be over excited at this point. The focus of ODM and which we have stated repeatedly, is the BBI process, which was as a result of the Handshake between the president and Raila,” said Mbadi, who is also the National Assembly Minority Leader.

The Suba South MP said it was too early to engage in the discussion of the presidential candidate before concluding the business at hand, even though Raila is the best bet for the presidency.

“Partnership is built on trust and we must attain it. We are in a marriage with President Kenyatta’s Jubilee Party but trust is paramount. We will continue to engage in the level of trust built to pass the BBI,” he said.

“We should be believable. We agree on a number of issues like the revenue sharing formula among counties passed by senators.”

Cherargei said Jubilee members campaigning for Raila were in violation of political parties’ law of backing a candidate from a different outfit.

He however exuded confidence of Ruto getting the backing of Mt Kenya region.

Cherargei said the DP currently enjoys a wide support base in the region for his decision to support Uhuru’s bid in 2013 and 2017 elections. “Any Jubilee leader who wants to support Raila should join Orange House because we know when Jubilee nominations will be conducted, Ruto will be our candidate. Those who want to campaign for Raila are free to do so, but let them join ODM first,” he said.

“Everyone has a right to run for the presidency because it is not an exclusive right for a particular person or region. Right now all indications show that Mt Kenya is fully behind Ruto.”

Wambugu, a Kieleweke allied lawmaker, said the region has not taken a common position in the succession politics.

“Whatever he has said is purely his personal opinion. Whom does he speak for?” asked the MP.