Relax Mr Ruto, you're not yet ripe for State House, Atwoli tells DP 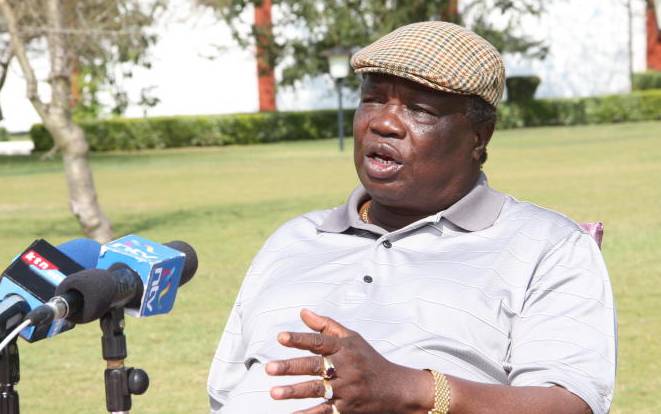 Mr Atwoli asked the DP to wait until 2027 to join the race to State House, saying he would lose at the ballot if he insists to succeed President Uhuru Kenyatta in 2022.

“In 2022, we are going to have the elections and there will be the outcome from the vote. William Ruto is among the contenders who will not win in the polls,” he said.

The Cotu boss urged Ruto to stop the politics of chest-thumping.

Atwoli, who has teamed up with Jubilee Vice-Chairman David Murathe and other leaders to spearhead campaigns aimed at scuttling Ruto’s bid, linked the DP to the recent utterances by MPs Oscar Sudi (Kapseret) and Johana Ng'eno (Emurua Dikirr).

He charged that Ruto could not purport to be willing to succeed Uhuru, who he was outrightly fighting. Atwoli told the DP to be humble for him to lead the country.

“A good leader does not chest-thump. He should be humble enough. You cannot be attacking those in office and expect to be respected when you assume power,” he said.

At the same time, the Cotu boss dismissed reports that the Building Bridges Initiative (BBI) spearheaded by the President and ODM leader Raila Odinga was about creation of positions. He said BBI was aimed at ending the cycle of electoral violence.

He said the country needed constitutional reforms that would ensure peaceful transitions after every General Election.

“BBI is not about who takes over from Uhuru. If it goes through, it will entrench peace in this country. As a leader of the Central Organisation of Trade Unions, I would love to see someone who loves peace take over the leadership of this country. We want a peaceful transition,” he said.

The Cotu boss’ Kajiado home has become a venue for 2022 political scheming for leaders opposed to Ruto’s bid.

Murathe, an ally of Uhuru, has publicly said it is time to reward Raila for all his struggles and sacrifices for the country’s democratic gains.

“We think it’s time Kenyans rewarded the years of struggle of Raila Amollo Odinga. They owe it to him. It’s like Mandela, and 2022 will be a Mandela moment. And we would also like to tell him (Raila) to be a transitional president who will then nurture the young generation to take over in 2027,” he said.

The Jubilee vice chairman has also maintained that it should be a forgone conclusion that Raila will be on the ballot.

Uhuru visits Juja as campaigns intensify ahead of May 18 polls

By Kiraitu Murungi | 1 day ago