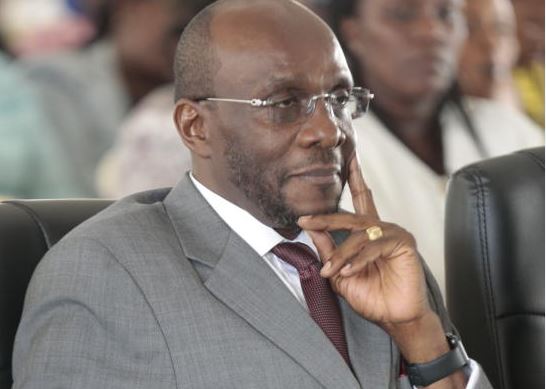 In a letter to ANC party leader Musalia Mudavadi, Muluka (pictured) cited the need to give the party space to make critical decisions on the population and leadership under the new Constitution ahead of the 2022 polls.

“As part of giving you the necessary latitude on the arduous political journey ahead, I have now elected to step aside and move on to other horizons,” Muluka wrote.

He said he felt that he had completed his responsibilities and tasks both to the party and its leader, which included writing Mudavadi’s biography –Soaring Above the Storms of Passion and helping in the party’s reorganisation.

“I am now satisfied that both assignments have been suitably done. The biography was published and launched last year. The party has meanwhile, been successfully wrestled from difficult spaces and placed on a strong footing for growth and expansion across the country,” he continued.

The political analyst and columnist says that he will not belong to any political party or organization, as per instructions to the instructed to the Registrar of Political Parties.

Muluka was appointed as ANC Secretary-General in November 2017. He succeeded Godfrey Osotsi, who on several occasions challenged his appointment unsuccessfully.

He leaves at a time when all eyes are on ANC party leader Musalia Mudavadi, after an alleged failed plot to oust him and is now being linked to a budding pact with Deputy President William Ruto, a charge Muluka was quick to deny.

Asia's World Cup qualifiers postponed to 2021 due to COVID-19

By Steve Mkawale | 4 hours ago