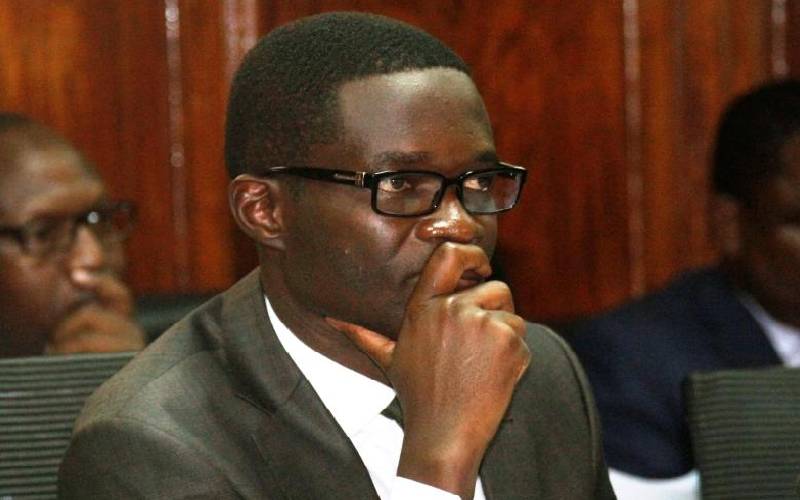 Dr  Akombe on Sunday took to Twitter to claim that Chiloba, had sent her a threatening mail after she expressed interest to testify in the inquest of shadowy death of Msando.

"Do not attempt to rewrite history. Our silence is not your license," read an email alleged to be from Chiloba.

Akombe said it was now clear that Kenyans were told the truth how Msando was killed, adding that he was ready to speak up.

She said the threats were a confirmation of her earlier assertions that Msando’s death was an inside job.

"It confirms my call for an inquiry. Kenyans deserve the truth. I owe it to you," she said.

Akombe on July 30, announced that she was ready to testify on the unsolved murder of her former colleague, Chris Msando.

Akombe asked Nelson Havi, Law Society OF Kenya boss, to take up the case in the public interest and that she was ready to testify.

“May I indulge you with a request? On this anniversary of my colleague Msando’s murder, could you take this case up in the public’s interest? As I have said in the past, I am ready to testify,” she appealed

Chiloba, since his acrimonious exit from IEBC, has taken to farming in Trans Nzoia County.

He refers to what transpired as a crisis that not only rendered him jobless but also took away his peace of mind.

Msando was found murdered and his body dumped in a thicket in Kikuyuin Kiambu County a week before the 2017 General Election.

His body had visible wounds and an autopsy revealed that he was strangled.