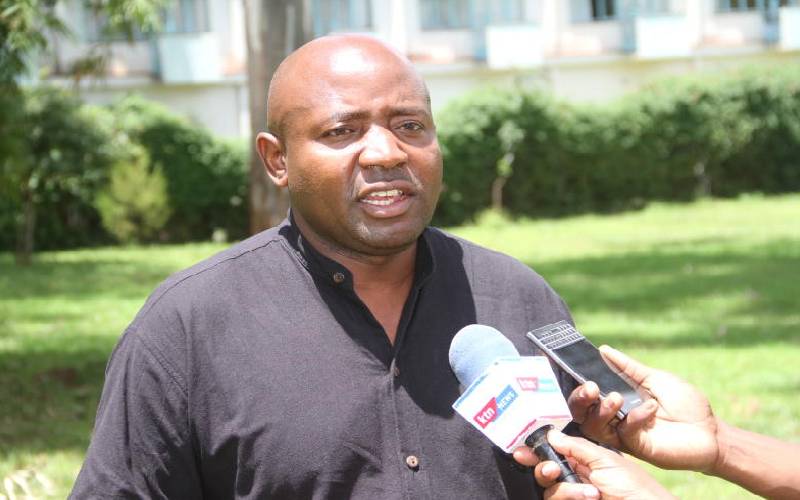 Lugari MP Ayub Savula was has been arrested in Sabatia, Kakamega County for allegedly flouting Ministry of Health regulations meant to contain Covid-19.

Savula (pictured) was picked in Butere town as he mingled with the crowd that had formed after their entourage entered Butere town.

Sources indicate that the MP was arrested while in the company of ANC leader Musalia Mudavadi.

“He had alighted from his car and joined the crowd that had welcomed them in the town when the officers arrested him,” a source told Standard Digital

The ANC leaders and Moses Wetang’ula Ford Kenya faction were on their way a meeting in the county slated for Nambale, Busia County.

The MP has been booked at Mumias Police Station.

Mudavadi has in the past accused the police of applying the public gathering law selectively citing meetings held by Devolution CS Eugene Wamalwa and Kakamega Governor Wycliffe Oparanya which have not been interrupted by the police.

“The government should apply the Covid-19 containment regulations equally, when Oparanya and Wamalwa meet people we don’t hear these arrests while when our leaders try even meeting two people they are arrested,” he said.

Wetang’ula was also blocked from holding a meeting in Bungoma over fear members of the public would flock the meeting flouting the Covid-19 containment measures.

By Brian Okoth 1 hr ago
Confirmed: Governorship winners so far