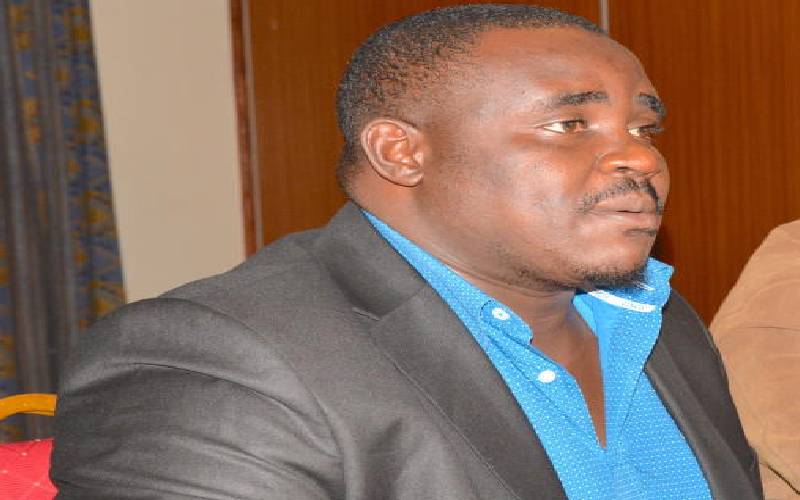 In a statement to media houses,  the party accused Malala of sidelining it even after helping him clinch the Senator's seat in the 2017 General Election.

“The party has decided to expel Senator Malala after deliberations with the National Governing Council. The senator has been prejudicing the activities of the party and has been disloyal” read the statement in part.

ANC secretary-general Barack Muluka said the decision had been communicated to the Registrar of Political Parties for a firm decision against Malala.

Musalia Mudavadi: I'm firmly in the race to State House

“Malala has also not shown up for the committee to answer to the charges against him. He has blatantly disobeyed the orders given by the disciplinary committee,” said Muluka

Malala who chairs a committee probing the embattled Kirinyaga Governor Ann Waiguru, found himself in the ANC’s bad books after he supported the Orange Democratic Movement (ODM) candidate Imram Okoth, in the Kibra by-election held last year, despite the party fielding a candidate.

A meeting chaired by the party branch chairman, Julius Arunga, at ANC Amalemba office in Kakamega town resolved that the senator ought to be ejected for violating the Political Parties Act and ANC constitution.

Arunga said it was wrong for the senator to openly campaign for Imran in the Kibra by-election at the expense of ANC, which had fronted Eliud Owalo in the crowded field of 24 candidates.

“He rode to the Senate on ANC ticket and it is unfortunate when he (Malala) starts hurling insults at our party leader Musalia Mudavadi, disparaging the party and working with our competitors,” he said.

“As a branch, we have resolved that disciplinary action be taken against Malala as we start preparing to gather signatures at branch level in order to recall him,” said Arunga.

ANC Nominated MP Godfrey Osostsi has also been on the receiving end after the disciplinary committee found him culpable of disrespecting the party.

He, however, found refuge in the courts where the directive by the party stayed pending the determination of the matter.

Muluka also notified the Speaker of National Assembly Justin Muturi and Clerk Michael Sialai over the move to kick out the MP from the August House.

In a letter to the office of the Registrar of Political Parties, the party wants the process of removing Osotsi from the party’s role commenced immediately.

“Kindly accept this letter to serve as a formal request by ANC party, beseeching you to commence the requisite statutory procedures and attendant actions with respect to the said Godfrey Osotsi, as befits a nominated MP whose membership of the sponsoring party has been terminated,” states.

The Malala ouster move comes just moments before he tables a report of an 11-member committee that has been probing the impeachment of Waiguru over a myriad of allegations including abuse of office and corruption.

However, the senator has options to appeal the decision and until he exhausts the mechanisms, he remains a senator.

Among other decisions made by the party was also to extend the tenure of the current Leadership of the party until normalcy resumes post Covid-19 pandemic.

Additionally, the caucus resolved that the national party elections will be organised to put new officials in office as per the party constitution.

Other changes that were also made in the ANC party constitution were ratified and upheld by the governing council.

Similarly, Mudavadi also reiterated that he run for president in the 2022 General Election.

“Our target is the Presidency, that is our target the rest of the propaganda will exist but we must stand strong before then,” said Musalia Mudavadi, the ANC party captain.

The Cup of Nations is set for Cameroon from Jan 9-Feb 6 but appears increasingly under threat as time begins to run out. Qualifying is still far from