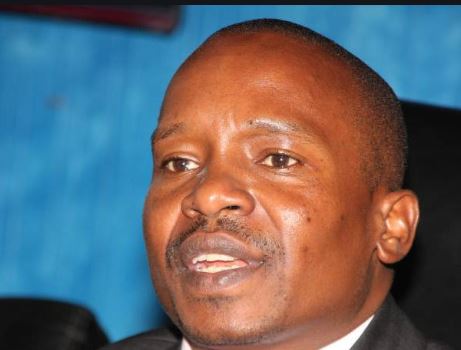 The Senate has voted 54 — 7 to remove Deputy Speaker Kithure Kindiki (pictured) as the deputy speaker with zero abstentions.

A motion moved by Jubilee Chief Whip Senator Kanga’ta of Muranga County accused Prof Kindiki of violating various sections of the Political Parties Act, The Constitution of Kenya 2010, and The Jubilee Party Constitution.

The Deputy Speaker was also accused of refusing to attend a meeting held at State House on May 11, 2020,  although an invitation had been sent to his last known mobile-phone number even as the matter was widely published in the media.

The minutes of the meeting were tabled in the house.

Speaker Kenneth Lusaka controlled the situation promising to rule on the matter in due course but the matter was put to rest when Sen. Kanga’ta informed the house that the contested vote had been withdrawn. Later the speaker communicated to the House it was only the votes of Senators in the House that would count.

Narok Senator Ledama Olekina who is at loggerheads with his ODM party voted for Kindiki’s removal.

Sixty-seven senators were in the house meaning at least 44 were needed to vote for Kindiki’s removal.

Prof Kindiki becomes the third high-ranking Jubilee party bigwig to be kicked out of high office in the purge that has seen Sen Murkomen removed as Majority leader to be replaced by West Pokot Senator Samuel Poghisio of Kanu.

Dressed in a navy blue suit, Kindiki took to the floor, confident for a man who was under fire.

And in true fashion of a crushed man, Kindiki said he was aware that the die had been cast against him, and did not hold grudges against those who had betrayed him. “I freely forgive those who have crucified me.”

He, however, expressed discontent over their role in Senate today, saying they should be not be discussing party politics at a time when the country needed reconciliation and not hate.

“I bow in shame to note that we are here today for such an elitist triviality powered by petty, divisive and vindictive politics as the country hurts from the lethal combination of a nearly collapsed economy, a ravaging pandemic, floods and a rare invasion of desert locusts.”

The now-ousted deputy speaker said that he fully respects the president. “I will forever respect the president. I hold him in the highest esteem and will support him loyally to the end of his administration.”

He continued: “Whatever the fate is, be thankful. You will bounce back; you are still the Senator of Tharaka Nithi.”

Known not to mince his words, Siaya Senator James Orengo condemned those who had stood before him, arguing on the narrative of democracy, reminding Senate that today’s motion was not about Senator Kindiki’s conduct in the House.

“Just look at the people who attended the meeting at State House and others did not attend. It tells a story. It was choreographed and planned,” Orengo said.

Orengo likened Kindiki’s actions to poet T.S Eliot's famous quote “The last temptation is the greatest treason / To do the right thing for the wrong reason”.

He said he believed the senator did the right deed but for the wrong reason.

The Siaya Senator also urged the Jubilee party to rethink its decisions going forward. “Jubilee should go back and think very heavily so that this matter is resolved. There is an attack against officers that are not involved in this debate,” he said.

Central Bank of Kenya published a notice to dissolve its principal training facility- the Kenya School of Monetary Studies Limited.