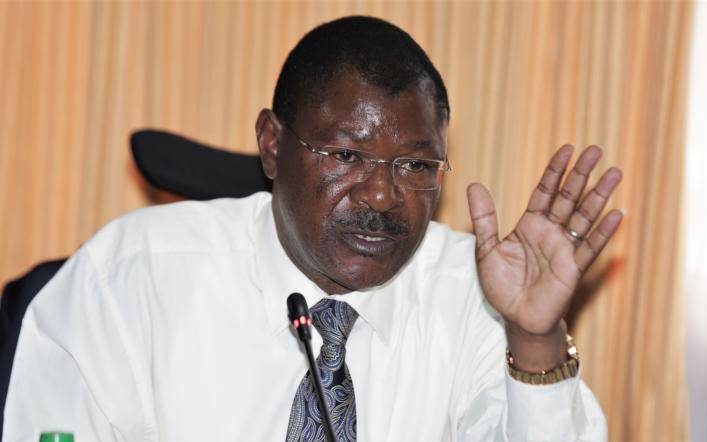 Ford Kenya party leader Moses Wetang’ula (above) has called upon Building bridges Initiative (BBI) Chairman Yusuf Haji and his team to put roadblocks to any politician trying to introduce retrogressive politics during the rallies.

He noted that it was saddening and disappointing to see BBI being turned into a contest of who can be the most eloquent orator in the public rallies instead of addressing the noble views that can improve the lives of wananchi.

"Kenyans do not want BBI to be a contest between who will be cheered more and clapped better than who in the rallies after attacking others but want the report that will help the country move forward’ he said.

The Ford Kenya leader called upon Haji and his team to ensure that BBI is not used as an instrument of dividing Kenyans but maintain its purpose and goal of uniting Kenyans by building bridges to a united country.

"Am appealing to all Kenyans led by President Uhuru Kenyatta, his deputy William Ruto ODM leader Raila Odinga and all leaders to seat on the table and resolve the many problems that are ailing this nation in an amicable way instead of running up and down making noise and dividing electorates," said Wetang'ula.

A 26-year-old Zimbabwean man who was to undergo a test for the coronavirus ‘escaped’ before it could be conducted.

By Jacob Ngetich | 14 hours ago