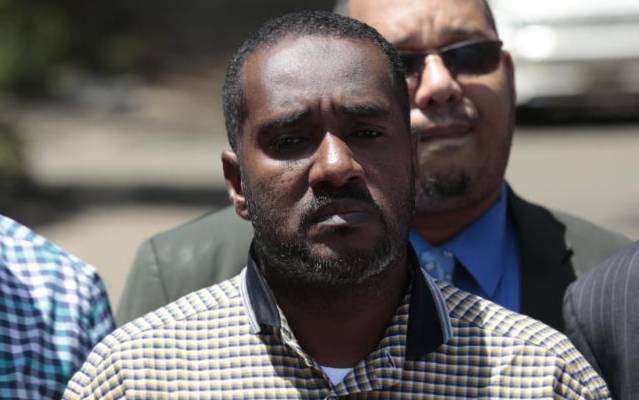 Reports say the legislator was ailing and had been admitted to the hospital for treatment.

His party,  the ODM, paid a tribute to legislator hailing him as a people’s servant whose death is a huge loss to Msambweni and Kwale County County.

“We are saddened by the death of our Member and MP for Msambweni Hon. Suleiman Dori early this morning. Cancer has once again robbed Kenya a dedicated leader who served his people selflessly. To the people of Msambweni, Kwale County and the Coast region, poleni sana,” ODM Party tweeted.

According to an undisclosed source close to the family, the MP succumbed to his illness at around 5 am on Monday. The nature of his sickness is yet to be revealed.

While still serving as a loyal ODM member, Dori took a swipe at President Uhuru Kenyatta in 2016 for the utterances he made when he visited Likoni. During the visit, President Uhuru told Coast residents to apologise to him for not voting for him in the 2013 General Election-a statement which irked Dori.

He trounced his long-term rival Omar Idd Boga, who was at the time Bongwe-Gombato MCA as he garnered 2,780 in the party primaries to fly the flag of ODM in the 2017 poll.

Boga then resigned from ODM to vie as an Independent candidate in the 2017 Elections after he cited irregularities in the primaries. Dori carried the day on the 2017 General Election beating his challengers, Boga and Marere wa Mwachai who had vied on National Vision Party, which was founded by the late former Cabinet Minister Nicholas Biwott.

His love-affair with ODM was however short-lived as he fell out with the party after his party leader Raila Odinga had a ceasefire with his rival President Uhuru Kenyatta in the famous March 9, 2018, Handshake.

Dori and his Kilifi counterpart Aisha Jumwa defied their party as they defected to the camp of Deputy President William Ruto.

The put him on a collision course with the Orange Party where he was summoned by the National Executive Council for disrespecting the party.

Dr Agnes Zani, who was by then the party’s Secretary-General accused the Kwale legislator of disobeying the party, as Kwale party members called for his ouster.

“We wanted Dori expelled as early as seven years ago. We rejected him earlier and this is the second time we are rejecting him because he does not follow party rules,” Zani said.

On January 19, 2019, the MP hit the headlines once more when dared party leader Raila Odinga to sanction his expulsion from the party.

"Leadership comes from God and it is only him who can decide if I will still be re-elected. How many people were in ODM during campaigns but still lost the election?" said Dori.

Former Prime Minister Raila Odinga has sent his condolence message a tweet below:

My heartfelt condolences go out to the people of Msambweni and family of Ramadhani Suleiman Dori who has passed on this morning. May the Lord grant his family comfort at this difficult moment and may his soul Rest In Eternal Peace. pic.twitter.com/xnlsv09Wge — Raila Odinga (@RailaOdinga) March 9, 2020

Dori will be buried today before sunset in accordance with Muslim rites.