The Registrar of Political Parties (RPP) Anne Nderitu has proposed radical changes to the electoral system.

According to the Katiba Institute, the simplest PR system involves people voting for parties, not individual candidates. Each party publishes a list of candidates that voters can study before the election to decide whether they like the list, as well as thinking about other reasons for voting for or against each party.

Each list is in order of preference. When the result of voting is known, and, for example, the largest party wins 40 per cent of the votes, enough candidates are taken from the party’s list, starting at the top, to fill 40 per cent of the seats.

Nderitu said that parties would be expected to come up with a list of their candidates who would be up for elections against other parties at the county level as opposed to constituency and ward levels.

But the proposal did not appear to sit well with some members, with Budalangi MP Raphael Wanjala quick to point out that the system could reduce the electoral process into a 'family affair'.

Kajiado East MP Peris Tobiko said: "This may come to crucify a lot of members voted in by Kenyans in their individual capacities in their appeal to the electorate."

Committee chair Jeremiah Kioni, however, attempted to allay their fears, saying, "a case in point could be where one votes for Wanjala but votes for Jubilee nationally."

Keiyo South MP Daniel Rono observed that the system would ensure MPs remained loyal to the parties that had taken them to Parliament. "They will not get to Parliament and start abusing their parties."

Nderitu urged MPs to make the necessary amendments to streamline the party primaries and ensure they were free and fair.

She singled out the participation of special interest groups, comprising women, persons with disabilities, ethnic minorities and marginalised communities.

The thorny issue of funding coalitions also reared its head, as it emerged that they did not have bank accounts and so could not be audited unless the office of the RPP called for a special audit.

"The registrar should tell this committee on how to go about coalitions,” said Mathare MP Anthony Oluoch.

Nderitu warned that if funding proposals were passed, it could leave loopholes for the creation of pre- and post-election coalitions.

"We must amend another section of the Act to allow coalitions to be entities that can be registered and audited. They should also provide accounts,” she said.

Nderitu argued that if the issue was not addressed, politicians could take advantage and form post-election coalitions just to get funds.

"Every party qualifies for funding but money is given based on the number of votes a party got in every seat, and the numbers are added wholesomely from every level. We add them progressively,” she said.

Nominated MP Godfrey Osotsi also sought to know what would happen to funds that parties had contributed in a coalition.

The registrar said her office did not have powers to intervene in such matters unless it called for a special audit.

Responding to a question raised by Ruaraka MP Tom Kajwang' on what would happen to the counting of votes if a presidential election was nullified like happened in the 2017 General Election, Nderitu said the number of votes would be based on the repeat election.

"From a point of law if an election is nullified, then those votes do not count. In case of an election boycott, the number of votes garnered in the re-run will guide how much money goes where. The counting is based on political parties’ performance,” she said. 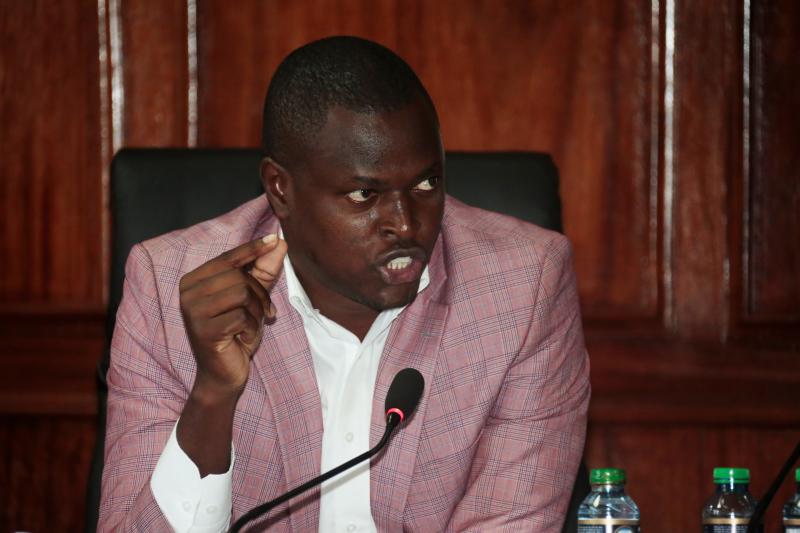