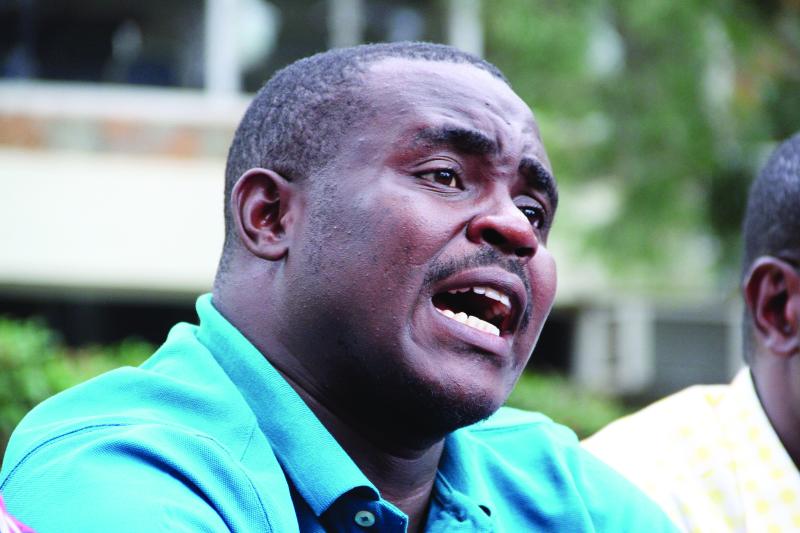 Kakamega Senator Cleophas Malala (pictured) now walks a tightrope after he seems to have been rejected by two political parties. Last week, his party, Amani National Congress (ANC), suspended him for supporting ODM candidate Imran Okoth in the recently concluded Kibra by-election. The Musalia Mudavadi-led ANC also threatened to follow through the process to expel him if he is found to have flouted the parties constitution and the Political Parties Act. Then on Tuesday this week, ODM Secretary General Edwin Sifuna came to Malala’s defence and said the Orange party would welcome him should he be expelled by ANC.

“As the Secretary General, I already have your direct ticket in the event that a by-election is declared in Kakamega. It will be a pleasure if you join our party,” Mr Sifuna declared, adding that the senator would be a big asset for ODM. However, Sifuna’s pronouncement has not gone down well with ODM Kakamega County officials, who accused Sifuna of interference. Led by Kakamega Deputy Speaker Leonard Kasaya and Malava ODM chairman Mark Wanjala, the leaders asked Sifuna to keep off the party’s affairs at the branch. Mr Wanjala and Mr Kasaya said Sifuna may not understand the difficulties they have gone through as ODM grassroots leaders. “We would like to ask our Party Leader Raila Odinga and his deputy Wycliffe Oparanya to stop Sifuna from claiming that he will be dishing out party certificates to his friends who are not even members of the party,” said Kasaya. The leaders accused Sifuna of planning to wreck the party in Kakamega by fighting the branch leadership whose chairman is Deputy Governor Philip Kutima.

Malala and Kutima have declared their interest to replace Governor Oparanya when his term ends in 2022. But the senator is unmoved, insisting he is ready to resign from ANC and seek re-election on an ODM ticket. Yesterday, he accused ANC of witch-hunt and added he had no regrets supporting Mr Okoth whom he says was a NASA candidate. Chief campaigner “It is my party leader Mudavadi who asked us to support Raila. He became Raila’s chief campaigner in the last General Election, so what sin have I committed to stand with Imran?” Malala said in a radio interview yesterday morning. Malala urged the ANC to embrace political tolerance just like Jubilee and other parties whose members campaigned for rival candidates.

“Governors Anne Waiguru, Charity Ngilu, Alfred Mutua and Kivutha Kibwana were in Kibra campaigning for Imran, yet no action has been taken against them by their parties,” he said. “We are the founders of ANC and I can assure you there is nowhere we are going. I will ensure those out to wreck the party are ejected first so that we can reorganise ourselves into a serious national political outfit.” The Kakamega Senator, a scriptwriter whose play Shackles of doom was adjudged to be politically incorrect by the Ministry of Education in April 2013, is not new to controversy. Butere Girls High School was expected to perform the play in the Kenya National Drama Festival in Mombasa.  As the MCA for Mahiakalo Ward before the 2017 elections, Malala cut the image of a shrewd, courageous and no-nonsense politician who would take his critics head-on. He became a fierce critic of Governor Oparanya and, together with former Sports Cabinet Secretary Rashid Echesa, ensured the county chief was kept on his toes during his first term in office.  But Malala’s style of politics saw him stripped of the position of the Deputy Speaker of the Kakamega County Assembly in July 2014. He was suspended alongside MCA Edward Shivembe for disrespecting the County Assembly. In July 2015, he nearly exchanged blows with Oparanya right in front of Raila at a funeral in Matungu. Malala found himself in a storm again in 2018 when the windscreen of his official car was shuttered when his supporters clashed with those of Echesa in Matungu. Now it remains to be seen whether he will free himself from the shackles of his political intrigues.