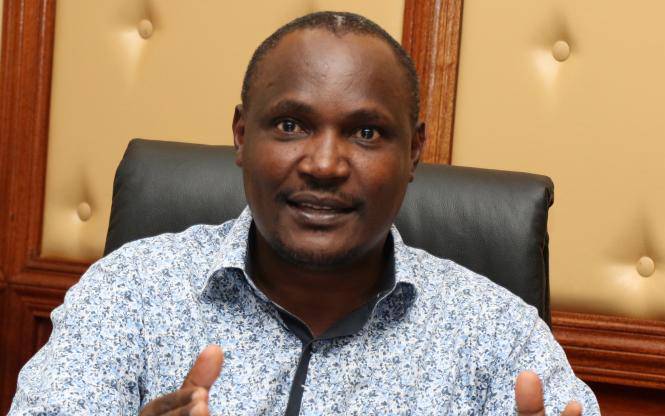 Orange Democratic Movement party has issued a statement thanking President Uhuru Kenyatta for his persistent support for the Handshake.

In a statement signed by the party chairman, John Mbadi (pictured), who is also the Minority Leader in the National Assembly; ODM made reference to Uhuru’s address in Sagana where he urged Mt Kenya leaders to support the Handshake for the sake of a united country.

“I wish to thank President Uhuru Kenyatta for remaining focused on the Handshake and BBI, which are fundamental instruments in an effort to remake the Kenyan nation,” Mbadi’s statement read in part.

Despite the unease from the critics of the Handshake, which have linked it to 2022 succession politics, Mbadi argued that party leader Raila Odinga and President Uhuru have been categorical that the newfound relationship is devoid of 2022 political ambitions.

He stated: “President Uhuru Kenyatta and his brother Raila Odinga have said it before and the President reiterated it in Sagana that the handshake and the BBI are never about 2022 and any individual leader’s presidential ambitions. It is about Kenya and its posterity.”

ODM has also sided with Uhuru’s statement during the Sagana meeting that the by-election exercise was peaceful.

“We also thank President Kenyatta for seeing the recent Kibra by-election for what we in ODM thought it was: a strong indication that with unity and interest of the country at heart, a peaceful election is possible, not only in Kibra but in any part of the great Republic of Kenya,” it stated.

This comes after fierce verbal exchange and blame games between the party and the Tanga Tanga wing of Jubilee Party led by Deputy President William Ruto, who have accused ODM of using violence and threats to win the Kibra by-election.

President Uhuru on Friday summoned Mt Kenya regional leaders for a discussion in which he persuaded them to support the BBI, a product of a team he and Raila established immediately after the Handshake in March 2018.

The meeting was largely seen as a move by the President to consolidate his support base amid disquiet among leaders aligned to DP Ruto who have chided his relationship with the ODM boss.

DP Ruto and his allies have accused the ODM party of trying wreck Jubilee from within through the Handshake. Such was evident in his response to media reports in which pro-Handshake MPs from both ODM and Jubilee called on him to resign.

He tweeted on November 14, 2019, as follows: “Waheshimiwa (honourable), the real saboteur is your master the people's conman who uses deceit to divide/destroy parties even Uhuru's Jubilee; the master of chaos who factors violence in election equations; the one who never accepts defeat. We'll stand with Uhuru and Jubilee against such dictators.”

By Patrick Beja and Benard Sanga | 1 day ago