My road to presidency in 2022 is clear, says DP Ruto 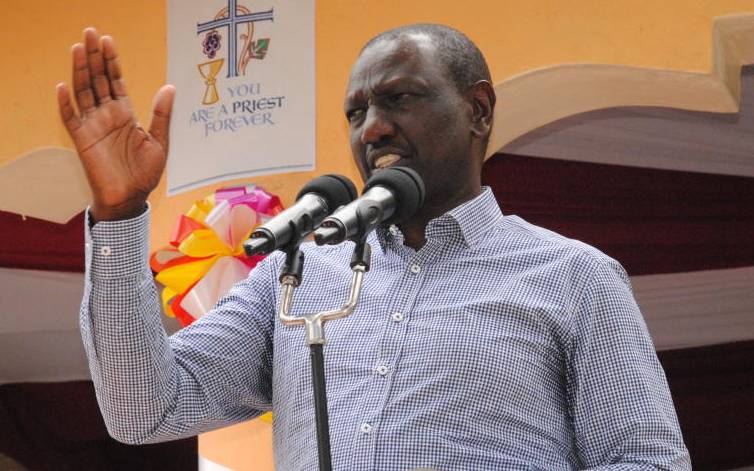 Deputy President William Ruto (above) has told his supporters that his 2022 presidential bid is on course.

Addressing a crowd while heading to the Kericho Golf Club yesterday to board a helicopter, Dr Ruto said his road to the presidency is clear.

"Don't worry. Everything is on course. I have done all there is to be done. Things are good for me at the national level. It is upon you to have faith in me," Ruto said in the local dialect.

The Deputy President had just presided over the opening of the annual conference for constitutional commissions and independent offices that started yesterday in Kericho.

He said his opponents in the Jubilee Party had lost their foresight and would soon end up being political lightweights.

Ruto also took a swipe at his political rival, ODM leader Raila Odinga, saying he would send him to political retirement in the next elections.

"The Kalenjin community has not supported Odinga in the last two elections. I will send him home. First, I will ensure Jubilee clinches the Kibra parliamentary seat," he said.

Ruto's allies who accompanied him, including Senator Aaron Cheruiyot, and MPs Nelson Koech, Kiptergech Mutai and Sylvanus Maritim, said they would campaign vigorously across the country for his 2022 bid.

By Harold Odhiambo | 39 minutes ago