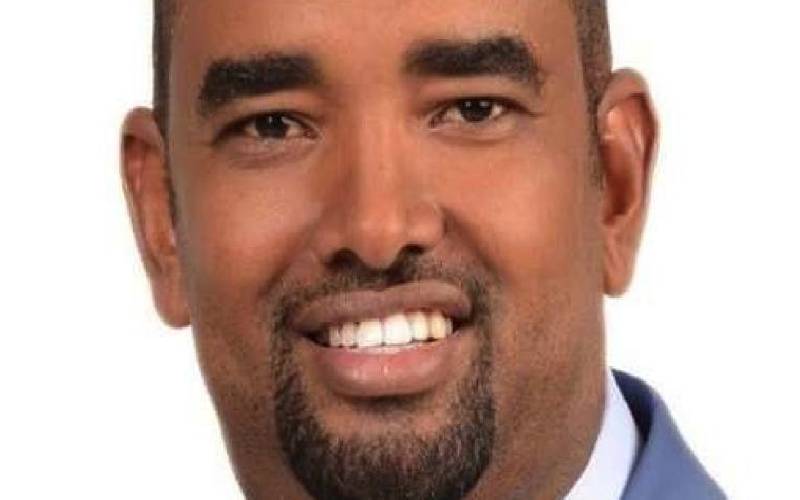 Wajir leaders have prevailed upon the ODM candidate in the April 25 Wajir West by-election to quit the race in favour of Jubilee competitor.

The Standard has established that a meeting convened at Hotel Boulevard in Nairobi by Wajir Governor Mohamed Abdi Mohamud hammered a deal after six hours of deliberations.

A source disclosed that the team midwifing the deal promised to petition President Uhuru Kenyatta and Deputy President William Ruto to get Prof Elmi a Government appointment or any relative he nominates.

The meeting is reported to have kicked off at 7am and was concluded by mid-day.

The leaders then went for lunch time prayers at a city mosque and proceeded to Dr Ruto’s official residence in Karen.

“The elders put pressure on Elmi to withdraw from the race to avert a possible split at the vote. Both Kolosh and Elmi are from the Degodia clan while Kanu candidate Ibrahim Sheikh is from the Ajuran clan,” disclosed a source.

He explained: “Following intense pressure from the elders to reach a compromise, the governor was tasked to lead mediation to avoid a fallout of the three main communities – Degodia, Ajuran and Orgaden – after the election.”

He said they warned that if ODM and Jubilee candidates went to the ballot, it was going to divide the Ajuran clan vote and give Kanu an edge. Elmi attended the meeting while Kolosh was not present. Others present included Eldas MP Adan Keynan, former President Uhuru Kenyatta’s political adviser Abdikar Mohammed, two businessmen Haji Burhan and Abdi Isbursh.

ODM Director of Elections Suna East MP Junet Mohammed confirmed the withdrawal, saying the move is in response to Jubilee pullout from the just-concluded Ugenya and Embakasi South mini-polls. He said the party arrived at the decision after consultations with top leadership of Jubilee.

Kolosh will now face his archrival who successfully petitioned his 2017 election victory.

By Stephen Rutto and Kennedy Gachuhi | 1 hour ago