This according to a list of polling stations published by the Independent Electoral and Boundaries Commission (IEBC).

According to the IEBC list, Starehe Constituency in Nairobi has the highest number of polling stations (253), followed by Ruiru (240) and Mbooni in Makueni County (238).

Those with the lowest include Lamu East (45) and Banissa in Mandera County (53).

The list was published 34 days to the election, and just days after NASA claimed that IEBC had set up secret polling stations to help the ruling Jubilee party win the poll. The electoral agency has dismissed the allegations.

For example, Machakos Town Constituency with 109,877 voters has 213 polling stations, while Kieni in Nyeri County, which has an almost equal number of voters (109,001), has 227 polling stations.

The election agency has set up 103 polling stations across the country's prisons, with Kamiti Maximum Prison registering the highest number of voters at 160.

IEBC has capped the number of voters per polling station at a maximum of 700, in accordance with the Electoral Laws Act passed in Parliament last year.

The number was initially set at 500 before Parliament made changes that were bitterly opposed by the Opposition.

"For the purposes of providing efficient and effective conduct of elections, the number of voters per polling station shall not exceed seven hundred," reads section 16 of the Elections Laws Act.

The electoral agency has gazetted 40,883 polling stations which will be used by 19 million voters in 290 constituencies across the country.

The polling station has assumed additional significance in the 2017 election after the county of appeal ruled two weeks ago that results announced at the constituency level shall be final, stripping IEBC of power to alter the results at the national tallying centre.

By Josphat Thiong’o and Jacob Ngetich 7 hours ago
Premium Who will stop the escalating feud between Uhuru and Ruto?

By Kennedy Gachuhi 7 hours ago
Don't be bribed to vote a certain way, Ruto says 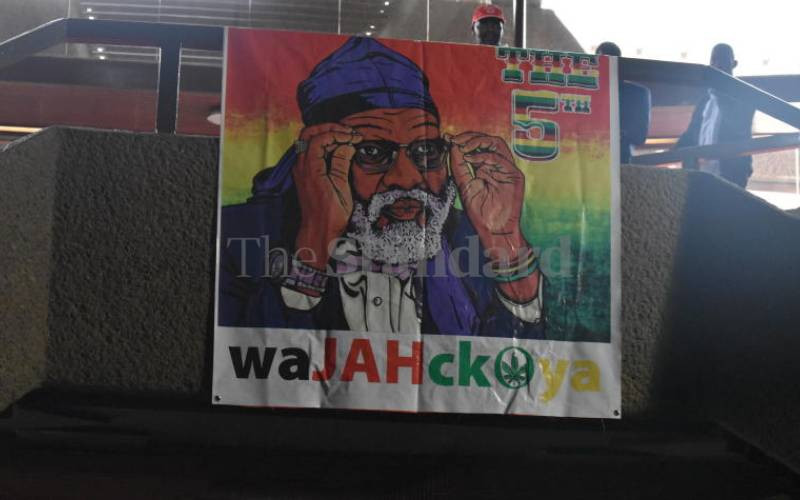