Culture of political violence sneaks back in Kenya

The ugly scenes witnessed in Migori County where hooligans disrupted an event presided over by President Uhuru Kenyatta seemed to signal a return to the culture of political violence.

The rowdy group heckled speakers, chanted ODM slogans and threw shoes at the dais, and not even the President's repeated appeals for calm could stop them.

President Kenyatta was forced to hurriedly end the event meant to be the launch of an anti-malaria campaign.

The group of slightly over 20 youths were strategically positioned next to the dais. When Migori Governor Okoth Obado stood up to address the gathering, there were jeers and cheers as the hecklers threw the function into chaos.

This prompted the presidential security detail to cordon off the dais as plastic seats and shoes started flying towards it.

A five-minute fracas erupted as security personnel kept the crowd off the guests and a section of the crowd fled the area.

The President spoke briefly, urging the youths to desist from being used by politicians to settle scores.

When his speech was over, the presidential security opened the single entry through the school gate to keep the crowd at bay as the President left the venue followed by other leaders who had attended the event.

A section of the crowd seen to be heckling the leaders then took over the venue, chanting pro-ODM slogans.

A blame game ensued in the aftermath of the chaos, with politicians pointing fingers at rivals. 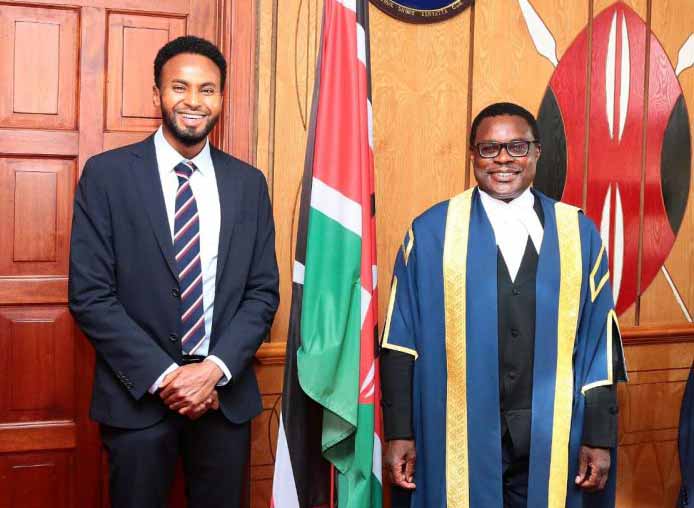