Revealed: The inside story of ODM’s ‘Men in Black’

By STANDARD on SUNDAY Reporter

Kenya: Details have emerged that the combative “Men in Black” at the aborted ODM elections last weekend were acting on instruction and executing a carefully crafted script.

Investigations by The Standard on Sunday reveal that the top leadership of the party was not necessarily in the dark regarding the presence and role of the riotous young men at the polls.

The “Men in Black” caused the ODM elections to be halted a few minutes after a handful of delegates had cast their votes.

According to an ODM senior official from Nairobi and who is in the know about details of the preparations a few days before the event, there was an elaborate plan to disrupt the elections should it become clear that the Hassan Joho–Ababu Namwamba team was going to win.

The masters of the “Men in Black” — including three senior ODM officials from Nairobi County — assembled an army of close to hundred youths from Nairobi’s Eastlands and Kibera under the stewardship of former Makadara MP Reuben Ndolo, former Nairobi Mayor George Aladwa and the party’s Nairobi Youth Leader Collins Ondiek.

According to our source who spoke on condition of anonymity for fear of victimisation, the idea of thwarting the Joho-Namwamba team was mooted immediately after party leader Raila Odinga met Nairobi delegates in Upper Hill on Wednesday, two days before the election date.

“Immediately after the delegates meeting ended, a group of senior Nairobi party officials including Ndolo, Aladwa, Nairobi ODM youth leader Collins Ondiek and Kadundo who is charge of security at Orange House met at the same venue at 3pm to plan how to execute the scheme to stop the elections.

“We agreed that a group of youths posing as party private security people be stationed inside the hall and blend with the delegates but take strategic positions from where they would easily swing into action should the need arise,” said the source.

“The instructions were very clear; do not allow anything to continue after we give you the signal to act,” said the insider.

In the scheme, which he said went on according to plan, a senior politician donated Sh200, 000 to procure the black jackets for the “security” people to ensure they looked distinct and easily convincing that they were indeed security personnel.

“Most of them have provided security during ODM functions previously and therefore it would be easy for the delegates and anyone else to trust them. And as anticipated, no one raised a finger when they got in and sat comfortably in the hall which was strictly reserved for bona fide delegates, the election board, observers and journalists,” said the ODM source.

The black jackets were ordered on Wednesday and a female tailor, who is a relative of the senior Nairobi ODM official, promised that they would be ready the following day.

“A total of 12 tailors started working on close to 40 black jackets while the youths were told to get black trousers to match with the coats. She did an amazing job and we picked the jackets the following day as promised,” he said.

The following day, the “Men in Black” and their masters met at 3D Restaurant on Elgeyo Marakwet Road from 7 pm. Later in the night, the  group relocated to Green House on Ngong Road where they briefly met one of the candidates running for the Secretary General position.

About an hour later, the team accompanied the candidate to Ngong Hills Hotel on the same road. At about midnight, the group met Raila at the hotel.

The party leader had come to the hotel from a meeting at Kempinski Hotel on Waiyaki Way, Westlands where he had met the Joho-Ababu team.

Raila, according to our source, took his dinner before he briefly met the group and asked them to “fuata vile wakubwa wenyu wanasema” (take instructions from your bosses). Both Aladwa and Ndolo denied that they were involved in the planning and said they were busy campaigning for the positions they were gunning for.“That is idle talk, I was not involved in any business of disrupting the elections and I am seeking legal advice on some of the people who associated me with the men in black,” Ndolo responded.

Aladwa, who admitted to have attended the meetings, said that if he were involved in the planning it would have been worse than what went on at Kasarani and pointed an accusing finger at the election board.

“The elections board should say what they know, because they must have been the ones who engaged the youths who are well known to the party to offer security. We heard them calling for security and the men in black came out,” said Aladwa.

However, Nancy Abisai, a member of the elections board, said that at no time did the board engage any private security to oversee their NDC and subsequent polls.

“The board wrote to the party secretariat requesting police officers to be deployed to the venue and as you may have seen there was heavy presence of security in the area. We are still puzzled over where the men in black came from. I remember asking them to move away from the ballots when the elections were about to start,” said Ms Abisai.

She said there was thorough vetting of the delegates as they entered the hall with all of them having to go through two gates where they had to identify themselves before they were allowed in.

“We are waiting for the investigation committee to tell us how the Men in Black entered the venue. We are told the group could have entered the hall through the VIP gate,” said Abisai.

Ondiek admitted that he had been involved in some of the meetings but insisted that they were for the good of the party and that they never planned to disrupt the elections.

“As a youth leader from Nairobi, my interest was to see a peaceful election in the city and I was involved in planning to ensure that there was calm. I suspect some candidates could have infiltrated us and asked a few of our youths to disrupt,” said Ondiek.

He said that out of the 100 youths they had engaged, only a few were captured on camera causing mayhem and they could have been paid by some of the candidates.

“Out of our 100 youths it is only about 10 who came out to disrupt the exercise. I hope the investigation will shed light on who could have bribed the small group to turn against the exercise which had gone on so well,” said Ondiek.

London — Arsenal cruised into the FA Cup semi-finals as a late brace from substitute Olivier Giroud sealed a 4-1 win over Everton at the Emirates Stadium on Saturday. 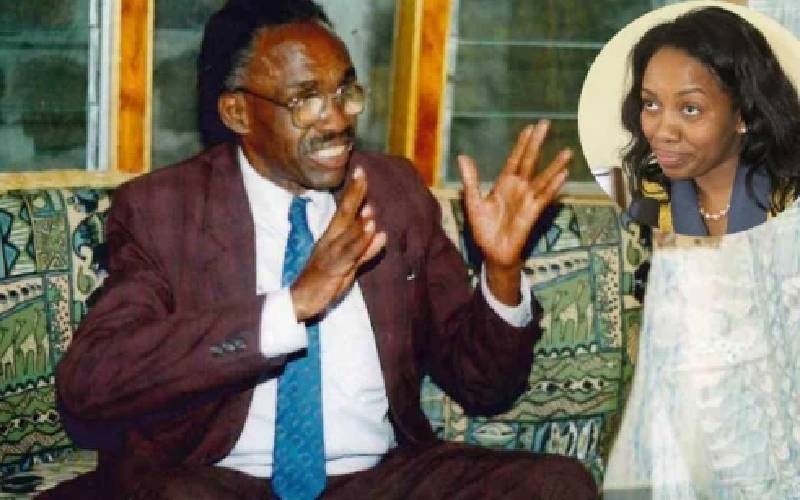 By Kamau Ngotho | 40 minutes ago 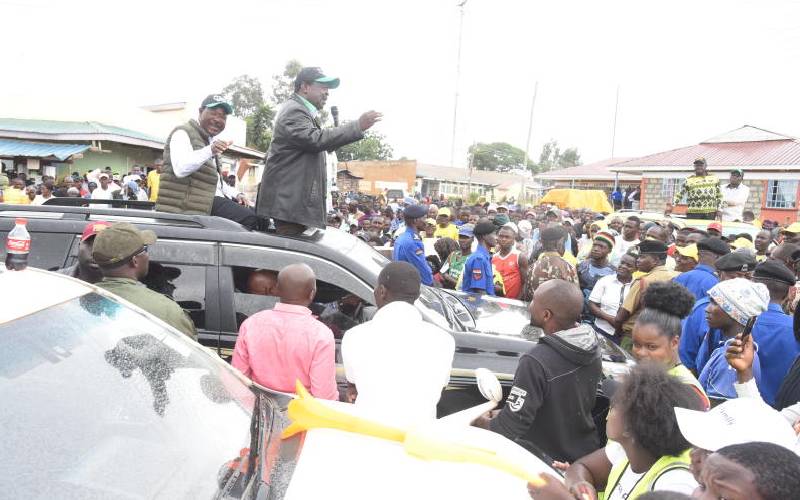 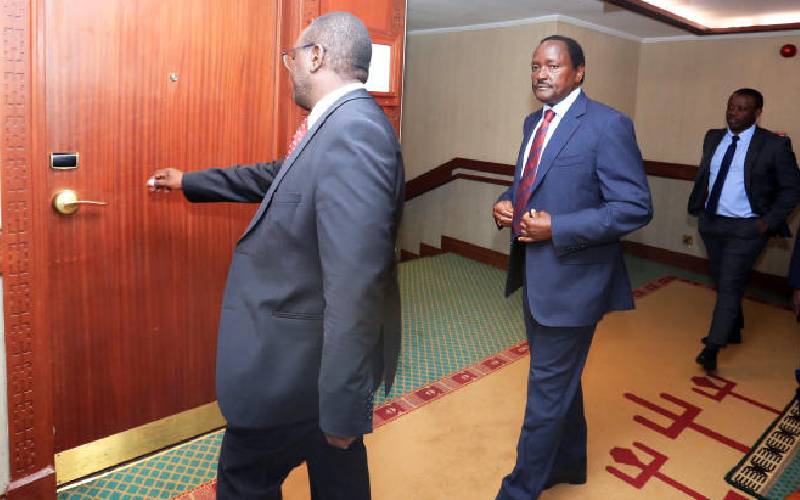 Azimio is Kalonzo Musyoka's only option, will he go back? 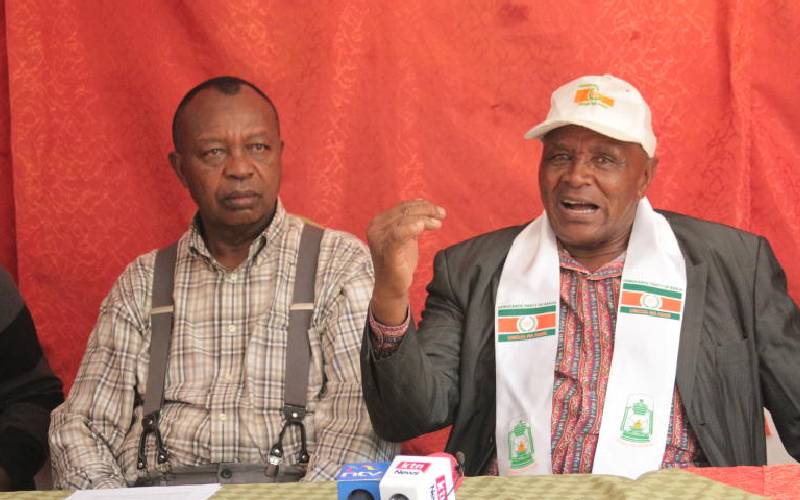 We are not up for auction; Democratic Party leaders tell Muturi over Kenya Kwanza deal
;
Feedback